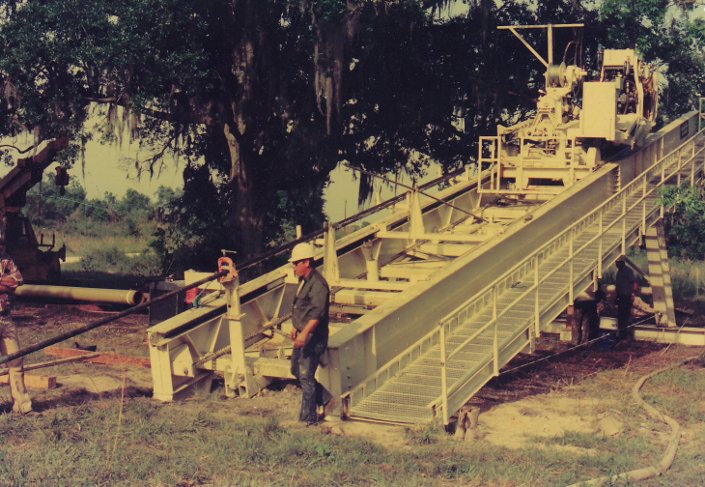 As an editorial team, many stories pass across our desks each month and some, for a variety of reasons, stick with us for years to come. For this monthly list – editor Jim Rush, managing editor Sharon Bueno, associate editor Andrew Farr and I – highlight our favorite stories.

Given the fact that we’re celebrating 25 years of publication and couple that with the years of experience of our senior editors – Jim and Sharon are closing in on 20 years with the publication – narrowing down a list to four stories each is a monumental task, as there are too many to count.

But narrow it down we did, focusing our attention to stories available on trenchlesstechnology.com, making them easier to share with you, our loyal readers.  Below you will find each editor’s top four picks, so you know who to thank – or to blame if you think something is missing.

As always, feel free to share your thoughts on this list, or our previous 25th anniversary lists (which you can find links to below our lists), by emailing me at [email protected].

Many trenchless techniques were adopted for the sewer rehabilitation industry, not surprising considering the driving force of the Clean Water Act and the many consent decrees that required cities to stop CSOs and SSOs. Meanwhile, drinking water mains were also aging and in need of rehabilitation. This story focuses on the experience of two cities – Ottawa and Toronto – who were among the early adopters of trenchless relining for drinking water mains.

Trenchless technology has always been favored for its minimally invasive characteristics. This article demonstrates these qualities in New York City, allowing the construction of a new sewer underneath a major thoroughfare near JFK Airport. The project used an innovative approach to build the sewer that resulted in cost savings while achieving the improved water quality in the area.

Our 2013 Project of the Year winner for rehabilitation, Consolidated Mutual Water Company’s Pipe Bursting Program was not new technology, but existing technology used in a new way. The Colorado water utility used its own crews to perform pipe bursting on aging water mains. The result: the utility was able to decrease the time and cost of water line replacement – while highlighting the benefits of trenchless technology in the process!

One of the interesting things about the trenchless technology industry is the number of industry pioneers that are still involved in the business; in the case of Direct Horizontal Drilling, that includes Neil Brown, Lon Briscoe and Brian Sadoway, whose careers span some 50 years each. I particularly like the composition of the cover shot – the defiant pose, the blue sky and the bright yellow big rig in the background.

This was a human-interest piece I did on Vermeer’s John Milligan in June 2012. We don’t do a ton of these type of articles so when something interesting outside of the normal trenchless story fare comes across my desk, I tend to jump on the opportunity to bring it to our readers. The physical toll the training and actual race — a grueling, six-stage, 251-km (156-mile) ultra-marathon through the Sahara Desert in Morocco in which participants run the equivalent of six regular marathons over seven days — had on John lasted for months afterward. Definitely stands out…

We do many, many trenchless case histories in the magazine and they are all varying degrees of interesting. When we get the opportunity to delve into something topical — like in this case, HDD bidding practices — it sends me back to my newspaper reporter days. This was written during a period when HDD bids were stuck in low. Getting contractors to talk about it was a challenge but it opened up a conversation about what goes into a contractor’s bid package.

Trenchless Technology Special Music Section: The Heart of Rock and Roll and Trenchless

This was a recent one and definitely a no-brainer to choose for my list. This package of stories was fun and lighthearted—and interesting. Cool to see another side of these trenchless professionals we deal with on such serious subject matters. Doesn’t hurt that we also just won the Silver Award for the stories from the American Society for Business Publication Editors Heartland Region.

I wrote this article on smaller, trenchless-focused engineering firms as part of our 2011 Top 50 Trenchless Design Firms coverage. Great stuff on how these niche firms survive in a world of larger engineering firms and their place in the trenchless community. Candid perspective from those involved in article, which is always great.

A Brief History of Directional Drilling: The Birth and Development of the HDD Market

Shortly after I joined Trenchless Technology magazine, I was tasked with writing an article for our HDD Guide covering the history of horizontal directional drilling and its evolution. I wanted to go back as far as possible and I recall asking my editors, “Who is credited with inventing HDD, and is he still around?” The unanimous suggestion was to track down Martin Cherrington, the “Father of HDD.” I finally tracked Martin down for an in-depth interview, and the story of how he completed his early HDD river crossings became a large part of the article. His comments and perspective make for a great read.

This was a great story on one of the industry’s true entrepreneurs, Larry Kiest, president and founder of LMK Technologies and our 2013 Trenchless Technology Person of the Year. Larry came up in the plumbing business, so working with pipe systems is in his blood. But Larry is not alone. There are countless stories about professionals across the construction industry, let alone trenchless, who learn their trade from their father or grandfather, apply it, and go on to have great success themselves. This is one.

Because I was partial to those industry history-type stories, here’s another one I’ve always enjoyed – this time on the rehab side. Our managing editor, Sharon Bueno, wrote this in 2011. It captures the evolution of the CIPP market beginning with the story of how Eric Wood first developed the process in the U.K. in the early 70s and went on to create Insituform. There’s a reason he’s a first-ballot NASTT Hall of Famer.

Another good story by our managing editor, Sharon Bueno. This is a story on New England-area contractor, Ted Berry Co., but I always like reading the perspective of company president Matt Timberlake. There are few people in the industry who share his passion. One time when we were talking, Matt told me, “If I’m not talking about what we do and drawing attention to our industry, who is?” That sums up his enthusiasm about his business. In an industry that constantly talks about the continuing need for education and promotion of trenchless technology, Matt does his part.

Training the Next Generation of HDD Operators

As we attend trade shows, conferences and media events – in addition to our daily interaction with members of the industry, one thing always strikes me: The fact that many say we are facing, not a lack of work, but a lack of trained and qualified workers. This story in particular highlights what Vermeer and Ditch Witch, as well as organizations like the Great Lakes Trenchless Association and Distribution Contractor’s Association are doing to help address the issue. It will be interesting to see if efforts like these will help fill the boots as baby boomers continue to retire.

Fitting that this 20th anniversary story makes the list. I selected this story because it did several things for me. First, when I started at Trenchless Technology in November 2013, it was one of the first stories I read to help me get a feel for what the publication was all about. It also highlighted the great work and some cool covers from our first 20 years. Through it all, one thing has remained a constant, the entire Trenchless Technology team is commitment to maintaining Trenchless Technology’s spot as the No. 1 source for trenchless industry news and features.

In case you were unaware, Trenchless Technology Canada launched in 2014 as a semi-annual edition and quickly grew in 2015 to a quarterly publication dedicated to the Canadian trenchless industry. In those publications, we like to highlight some of the after-hours hobbies and activities that industry members enjoy. In this story, I spoke to Georges Dorval, of AquaRehab, who is an avid backcountry skier. Find out more by reading the story, but what I truly appreciated were the killer photos Georges submitted. The shots are reminiscent of scenes from James Bond movies.

I love cars and I love sharing stories about people who love cars just as much as I do. This feature story, which our publisher Bernie Krzys came up with after chatting up some friends at the 2014 NASTT No-Dig Show, was a welcome respite from “typical” case studies and contractor profiles. I enjoyed compiling the information and talking to each of the respondents about their respective fleets. Another one of those stories that takes our readers “behind the curtain” so-to-speak.

Top Innovations That Drove the Growth of the Trenchless Industry