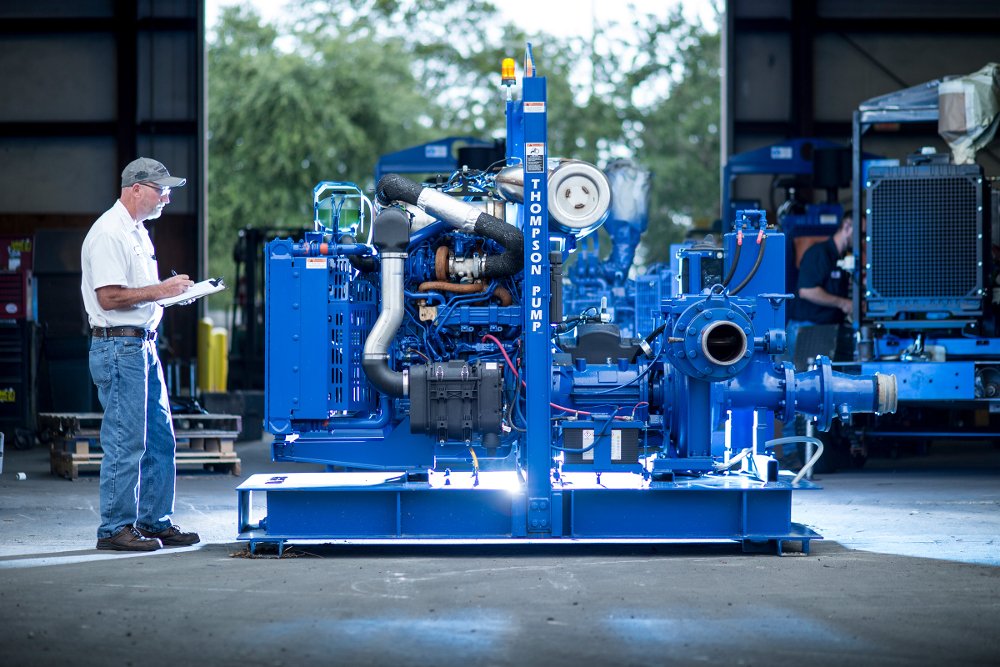 Thompson Pump and Manufacturing Co. recently announced the expansion of its distribution in the central United States with a new partnership with Kirby-Smith Machinery Inc.

Thompson Pump is one of the nation’s leading manufacturers of heavy-duty, diesel-powered bypass and dewatering pumps and with this new partnership, Kirby-Smith will be selling, servicing and renting Thompson Pump’s products throughout Oklahoma and North and West Texas.

RELATED: Keeping it in the Family: Thompson Pump & Mfg. Goes All in on Manufacturing Pumps

In this region, terrain and geography can be tricky. Thompson Pump’s more than 50 years of experience in manufacturing pumps and operating its own rental branch locations has helped it to build heavy-duty, portable pumps that hold up to the rigors of the area. Combined with Kirby-Smith’s superior service in the territory for more than 40 years, Thompson Pump’s national sales manager Pat Broderick says this partnership is a natural fit.

“We are very excited about this partnership as it brings Thompson Pump’s products and name recognition to a region with plenty of competitors,” said Broderick. “Kirby-Smith is one of the premier equipment dealers in the central U.S. and the continuity of products and services it provides to this market is key to our growth in the area.”

“Partnering with a company like Thompson Pump, which is known throughout the industries for its reliability, support and value, allows us to expand our reach and connect with customers in an entirely new way,” said Kirby-Smith’s Sam Schneider, General Manager, Industrial Equipment.

Kirby-Smith Machinery, Inc. is a full-service dealer serving the construction, mining and industrial markets since 1983. Headquartered in Oklahoma City, the company has branch locations strategically located in cities such as Tulsa, McAlester, Kansas City, St. Louis, Dallas, Fort Worth, Abilene, Amarillo, Odessa, Lubbock, and Waco, allowing it to provide superior service on a local level.