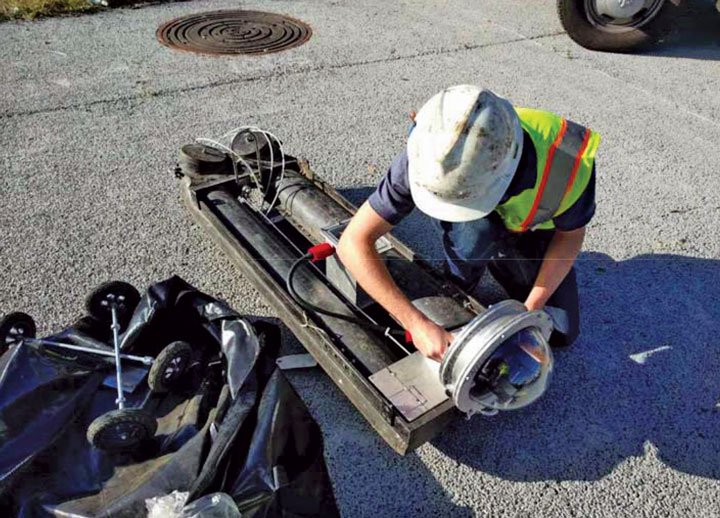 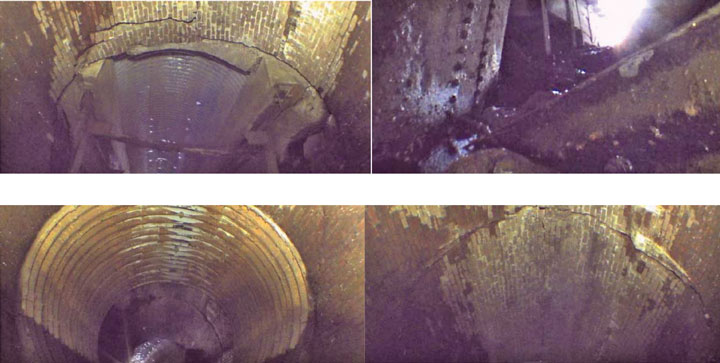 Figure 1: Conditions Inside the Outfall.
Debris, material changes and obstacles are prevalent.

In recent years, many collection system operators have been embracing multi-sensor inspection (MSI) technology to quantifiably assess the condition of underground infrastructure. These inspections couple laser and sonar data to go beyond qualitative CCTV.

Laser scans provide information about wall loss and ovality, while sonar yields information about what conditions exist below the flow. This robust set of data enables engineers to accurately estimate asset lifespan, and owner-operators to prioritize rehabilitation work.

Unfortunately, the assets that could benefit the most from MSI inspections are not always the ones that receive them: access and internal conditions can prevent tracked crawlers and tethered floats from completing an inspection. For example, lines that have partially collapsed or have filled with debris are often in need of immediate attention, yet those same conditions make it almost impossible to get a robotic platform through to collect the required data.

The City of Portland faced such an issue with their Taggart Outfall. The Taggart Outfall was constructed in 1906, as a brick sewer ranging in size between 66 to 120 in. In 1978, it was extended into the Willamette River with a segment comprised of piles capped with corrugated arched plate. Original as-built drawings do not include construction details or information on the how the extension aligns with the original brick outfall. Heavy industrial equipment has been installed over this extension, and a 2016 visual inspection revealed significant defects – including large sections or missing bricks, substantial infiltration and a number of voids. Figure 1 shows some of the unique conditions existing in the outfall.

These qualitative observations caused the City of Portland to retain CH2M to evaluate repair alternatives for to the outfall. However, determining the actual scope of work to be performed required more quantitative data. CH2M could not simply bring in a crawler to perform an MSI inspection: large obstacles in the invert would be an impediment to any crawler, and tidal influences caused the entire outfall to be intermittently submerged.

RedZone Robotics proposed that CH2M consider the usage of a novel light detection and ranging (LIDAR) scanner that the company had recently developed. While LIDAR has been a component of MSI technology for more than a decade, RedZone’s new unit was georeferencing, meaning it used built-in simultaneous localization and mapping (SLAM) algorithms to maintain a sense of location within the pipeline. While academia has been using SLAM algorithms for decades, they have been largely limited to open-world environments, large rooms, and chambers with irregular surfaces like mine shafts.


RedZone’s georeferencing LIDAR unit represents one of the first instances in which this SLAM technology has crossed over into buried pipelines. Specifically, RedZone’s device can identify features and use the position of those features to map the pipeline in real-time, unlike traditional scanners which require discrete lidar scans to be manually stitched together after collection is complete. Further, because this scanner was aware of its position internally, it could be transported in a number of ways, and did not require a tether. An image of the device is shown in Figure 2.

CH2M believed that this solution could enable them to accurately survey the Taggart Outfall and extension. RedZone’s LIDAR device was mounted onto a floating platform and inserted into the outfall via a 70 ft drop shaft. The point of ingress did not contain sufficient flow for conveyance, so the device was carried over debris up to the junction with the extension. At this point, the tide was high enough that the unit could be placed into the flow and pushed to the edge of the extension via a gaff pole. Throughout this entire process, the georeferencing LIDAR unit continuously scanned the environment, identified features, and updated its location as it moved down the outfall, regardless of the method of locomotion.

Figure 3: Mesh model of the 3D point cloud showing both the outfall (circular) and the extension (arched)

The result was a detailed 3D point cloud of the environment that enabled CH2M to obtain accurate interior dimensions of the outfall, which can be used to develop detailed repair and replacement options. A mesh model of this is shown in Figure 3. In addition to providing dimensions of the outfall itself, the LIDAR inspection also revealed the dimensions of debris which were observed en route. For example, visual inspections noted the presence of a log near the drop shaft. RedZone’s LIDAR inspection expanded on this by showing that the log was 18 in. in diameter and approximately 17 ft long. The section of point cloud showing the log is included in Figure 4. 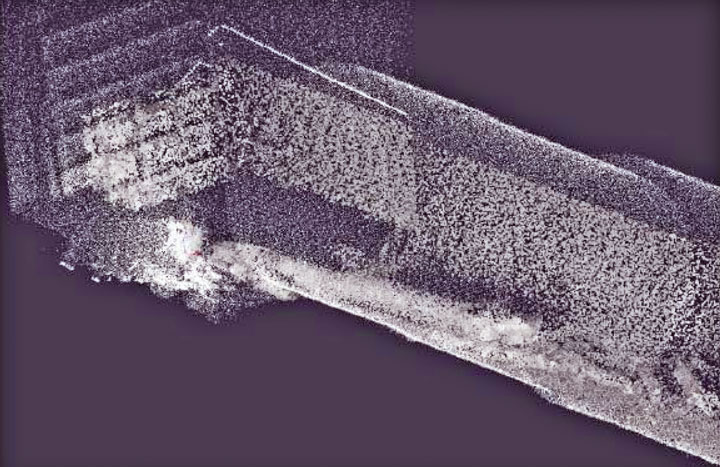 Figure 4: Detail of the logs observed in the point cloud.

Other features observed in the point cloud were able to be matched to areas identified in visual inspection, including locations where the invert in the pipe had dropped out, construction material protruded into the pipeline, courses of brick were missing, and voids were visible in the pipe walls. In some cases, the LIDAR unit was able to detect material behind the void, enabling the size to be approximated for a more detailed estimate of rehabilitation costs.

Further, because this data was georeferenced in three dimensions, and was not simply attached to a vector representing the springline of the pipe, CH2M was able to map the outfall extension in relation to surface features.

This successful collaboration between RedZone and CH2M enabled the City of Portland to obtain quantifiable MSI data on a section of high-risk pipeline that would have been uninspectable with traditional robots and sensors. While much emphasis is placed on advances in rehabilitation techniques and construction methods, it is important to note that sensors for condition assessment continue to improve, as well. In addition to producing high-quality 3D point clouds, these georeferencing LIDAR devices enable tetherless inspections, meaning engineers and owners can now collect quantifiable data from the most challenging assets.

Every collection system manager has a list of “problem” assets in need of data for rehabilitation. The Taggart Outfall survey shows that advances in LIDAR technology have made obtaining this data feasible and affordable for even the most challenging structures. Further, georeferenced LIDAR inspection devices could also help to reduce inspection time and lower costs as this tetherless technology continues to evolve.