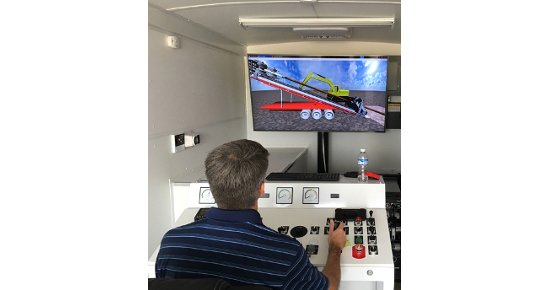 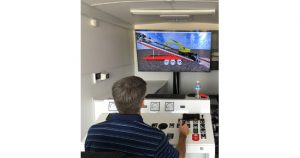 The first of its kind, the HDD, maxi-rig, simulator was an idea that the Mears’ Research and Development team pursued with the help of Intuitive Machines (an engineering design and development think tank comprised of former NASA engineers).

There was a need for a more safe and efficient way to train and prepare potential HDD drillers before they went into the field to operate an actual maxi-drilling rig. The HDD simulator allows the drilling trainee to virtually see the rig in operation as they manipulate the controls, making it much easier to train than ever before.

Currently, as with most HDD contractors, Mears trains their team in the field. Each crew member follows a protocol and learns each part of the HDD operation.  It can take years before a person is considered an experienced and competent driller. The simulator allows the ability to have access and operate the controls without prior knowledge or experience minus the risk or danger to others. 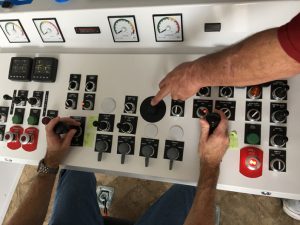 The HDD simulator program has completed its first phase modeling the beginning stages of drilling.  The second phase is simulating the pilot hole process – which is the most complicated because it requires modeling the mud circulation, hole cleaning, and how the drill cuts into whatever soil types are being modeled.

Training made more efficient and safe is good news for an industry that is facing a shortage of qualified operators. Having the ability to train personnel with no drilling experience – and to do this in the safety of the HDD simulator – is a huge step in producing more qualified and competent operators. Having hands-on training on the drilling console and facing a virtual image of what is happening in front of them creates a learning environment that is both realistic and interactive
Most Popular Posts