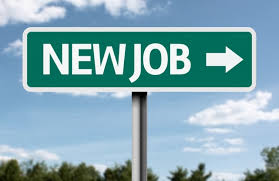 Published by TT Staff May 25, 2016 View Profile
Woolpert has named Scott Cattran president and CEO, it was announced May 24. Cattran has been with the national architecture, engineering and geospatial (AEG) firm for nearly 17 years. Cattran was hired by Woolpert as a phase manager in the firm’s Dayton headquarters in 1999 and moved to the firm’s Denver office in 2001. Over the next nine years, he helped establish and expand the firm’s Western presence in more than a dozen western states, winning several multimillion-dollar programs.

He then moved to Woolpert’s Chesapeake, Va., office in 2011. While there, he helped lead sales of more than $30 million, as well as double the profits of the Water Division in just four years. Through late 2014 and all of 2015, Cattran served as chief operating officer.

The announcement comes on the heels of a stellar 2015 for Woolpert, which recorded sales topping $125.8 million and profits of more than $8.6 million.

“The strategic plan that we set into motion at the end of 2014 helped us focus and work collaboratively as a firm in 2015,” Cattran said. “We had five-year highs in profitability, utilization, sales and net revenues. I am also confident that we can sustain this level of performance into the future.”

Cattran said the industry and Woolpert, which was founded in Dayton in 1911, have grown and changed tremendously since his career began.

“In the middle of it all, we went through a recession. Running a division during a recession is much different than running it in a recovery, but it was a very good learning experience for us all,” Cattran said. “From Woolpert’s perspective, we’ve continued to grow larger and more integrated programs. When I first joined, I was pursing $10,000 single-service projects; in 2016, we’re securing $10 million, $20 million and $30 million-plus architecture, engineering and geospatial integrated contracts.
Most Popular Posts