Recently, questions about the environmental impact of emissions from steam-cured cured-in-place pipe (CIPP) projects have been raised by researchers. To address this, a comprehensive project was undertaken by the Trenchless Technology Center at Louisiana Tech University (TTC) to collect data from several projects using varied sampling tools to determine the extent of potential impacts.

RELATED: CIPP Market: Nearly 50 and as Strong as Ever

Study objectives were to evaluate air emissions from steam-cured CIPP installations and then determine potential impacts to workers and the surrounding community. The objectives were accomplished by measuring worker exposure to emissions onsite and immediately offsite. The sites selected represented a range of scenarios typical of CIPP installations (see table below). The cities were selected to capture jobsites in varies climates; however other limiting factors were considered (e.g. availability, project and site characteristics).

The potential health risks to workers and the community were evaluated based on appropriate health-based action levels using both directly measured and modeled data. The results of the study indicate that the health of workers has the potential to be impacted at two locations, inside the liner truck immediately after opening and areas immediate to the stack (within 10 ft).

To have a more comprehensive understanding of CIPP emissions, the study aimed to capture all the TO-15 compounds present and evaluate the concentration of these chemicals at multiple locations at different points in the CIPP installation process. Once these chemical concentrations were measured, the study utilized appropriate health-based action levels published by the Environmental Protection Agency (EPA), Occupational Safety and Health Administration (OSHA) and the National Institute for Occupational Safety and Health (NIOSH) to evaluate health risks.

Of the 19 compounds potentially found in the emissions of steam-cured CIPP, only styrene was identified to have concentrations significant enough to potentially pose any health risks. The presence of a styrene odor is not, necessarily, indicative of dangerous styrene levels. Styrene produces a noticeable smell at levels far below the most conservative regulatory exposure limits. The analytical methodology for identifying these compounds was gas chromatography/mass spectrometry (GC/MS), which was carried out onsite or through laboratory analysis. Canisters were primarily used to collect liner truck samples and steam plum exit samples and portable GC/MS was used for onsite measurements. Worker sampling was carried out using sorbent tubes. Additional sorbent tubes were also used to collect air samples in the vicinity of the plume. 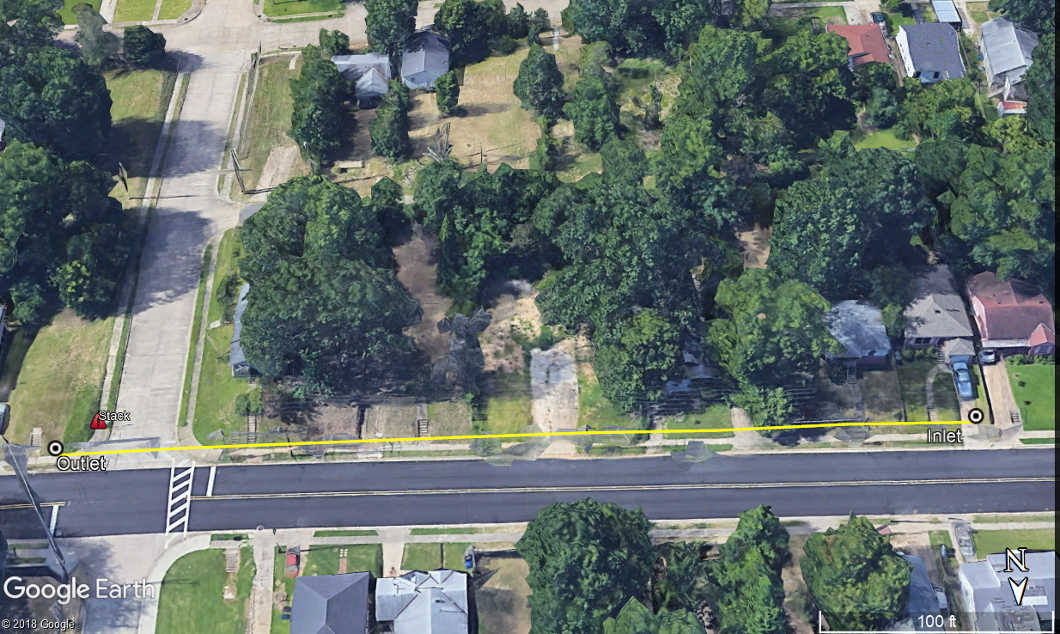 Based on the testing, the only two locations where styrene levels could potentially pose any health risks were inside the transport truck and near the emission stack. Most styrene emissions from inside the transport trucks measured between 100 ppm to 200 ppm. These locations could potentially pose health risks to workers if durations exceeded 5 minutes. Results for emissions near the stack were mostly lower than the transport truck, but potentially a risk if exposure durations approached 5 minutes. Several variables like wind, temperature, and distance from the exhaust affect the dispersion of styrene, which most likely explains the range in concentration values.

No measurement taken at a distance of 10 ft or more from the termination manhole and/or exhaust stack exceeded exposure limits. In fact, those levels were far below guideline levels. Also, near the insertion manhole, the highest level measured was 26 ppm. While some temporary irritation could occur at this level, the concentration is below all OSHA and NIOSH exposure guideline limits. Measurements taken in homes near exhaust points yielded styrene concentrations less than 0.01 ppm. This suggests there is little potential danger of styrene emissions collecting in homes and rising to levels above exposure limits.

Data collected by sorbent tubes mounted on workers or at points to approximate worker exposure revealed no episode where the exposures averaged over the duration of the installation exceeded any threshold limits. This would suggest that CIPP installers experience safe long-term exposures to styrene.

RELATED: The Safety of CIPP

For these reasons, the research team recommends the following: 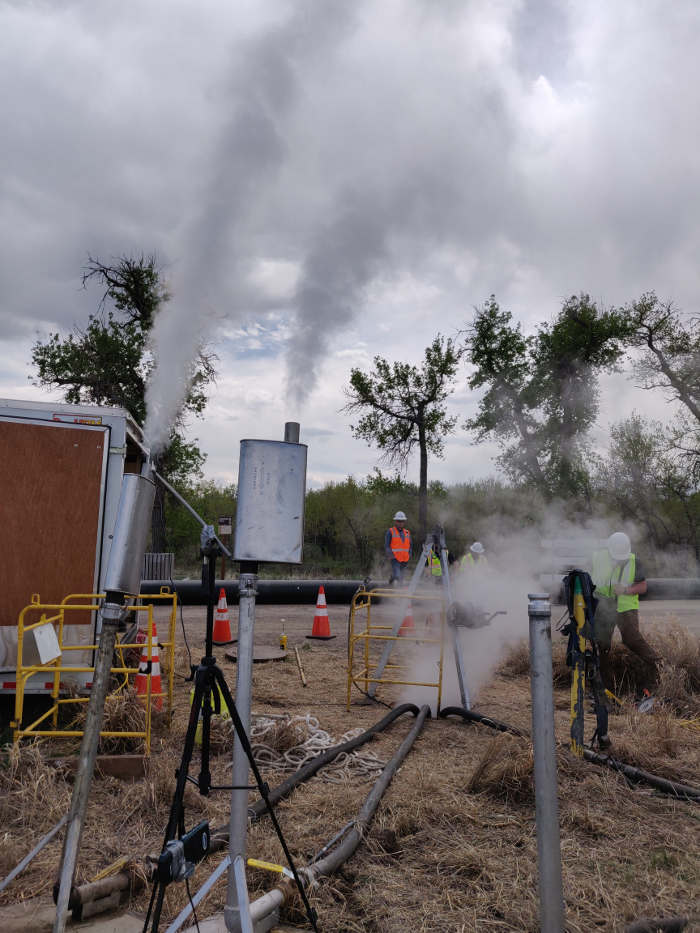 The area very near the exhaust stack and/or termination manhole at a steam-cured CIPP installation site and any area contained within the visible white plume of the exhaust points appear to be the locations on the jobsite where there is the greatest potential for exposure to airborne styrene above the limits set by OSHA, NIOSH and the EPA/CDC. The styrene measurements taken at the exhaust points could represent styrene levels that endure for portions of the curing process that exceed five, 15 or 30 minutes.

For these reasons, the research team recommends the following:

In areas surrounding the exhaust stack, the data suggests that styrene dissipates rapidly and that exposure to styrene above regulatory guideline limits is unlikely outside of a 15-ft radius around emissions points. Based on the data it is also unlikely that styrene levels would rise to a level that presented any danger to residents inside buildings.

RELATED: Follow this link to watch an in-depth webinar discussing the TTC’s results and recommendations.