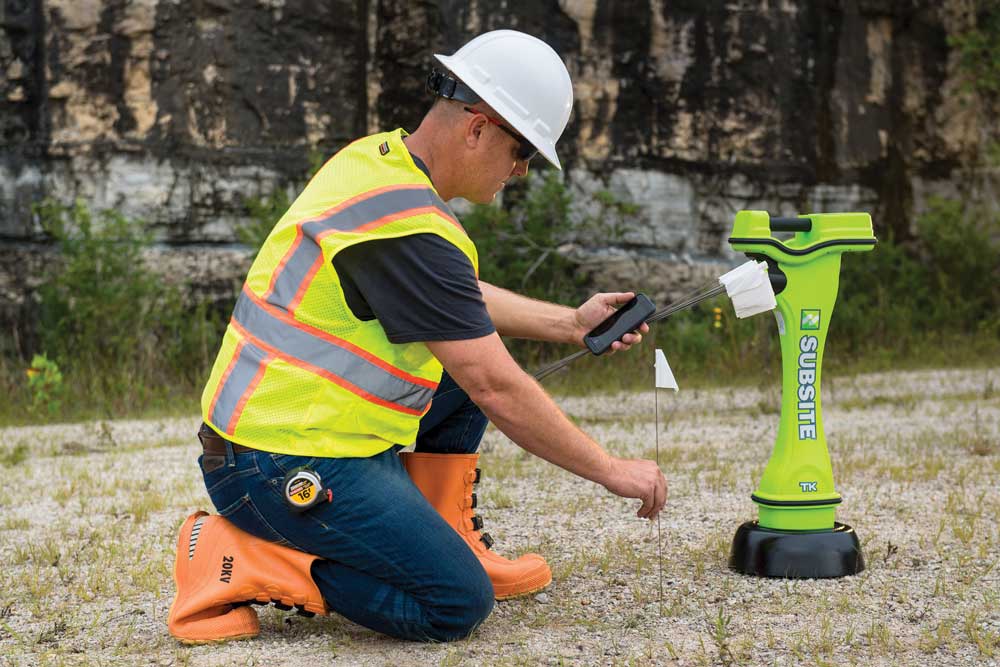 Planning the Bore: Improving Our Industry

Damage prevention and safety are vital to the success of horizontal directional drilling (HDD) jobsites and the industry as a whole. With the “societal impact of damages” to underground utilities costing approximately $1.5 billion (according to the 2016 DIRT Annual Report from the Common Ground Alliance), demand for HDD services could be negatively affected unless steps are taken. And certainly, the safety, productivity and profitability of individual jobsites suffer with each strike.

Rather than seeing planning as an extra step, operators should view it as extra protection. It’s not added time, it’s added productivity. Walking the bore path and creating a plan before a crew arrives at the site can result in substantial time savings by minimizing the chance of strikes and downtime. In this way, planning streamlines the boring process and boosts productivity.

With this in mind, Subsite Electronics has introduced a “lite” bore planning application, the free Field Scout app, which allows operators to plan their bore waypoint-to-waypoint while marking entry and exit pits, utility crossings, and more with distance information and depth. By offering this type of bore planning app, which is easily accessible to a wider variety of users than a more robust rod-by-rod planner, the company hopes to promote the advantages of basic planning and awareness of the jobsite, benefitting both the users and the industry at large.

One back-to-basics approach to curbing the incidents of underground strikes is a renewed focus on pre-bore planning. Traditionally, walking the bore path and recording utility crossings and other obstacles has been a pad-and-pencil job. It was often seen as an “extra step” in the HDD process, one that didn’t fit conveniently into busy schedules and tight deadlines. The handwritten nature of the task also added time and contributed to mistakes. While today’s technology has simplified this task and made it much more accurate, some operators are still hesitant to incorporate it into their overall project timeline. In their mind, planning takes valuable time that should instead be spent drilling.

That’s an unfortunate viewpoint that doesn’t actually save time or money. In fact, it could actually cost them time on the jobsite due to work stoppage, cost them money due to damages, and cost them even more by endangering their crew’s safety.

In 2016, the average cost per natural gas line damaged was almost $6,000. That’s a big hit to the profitability of a jobsite in monetary terms alone. The time delays and potential injuries caused make it even worse. Multiply that by the more than 86,000 incidents of natural gas line damage that year and you’ve got more than a half billion dollars in damage. Add in other utilities damaged and the cost skyrockets to more than a billion dollars (Table 1). That’s a heavy load for the HDD market to bear without any negative consequences in perception and/or demand. 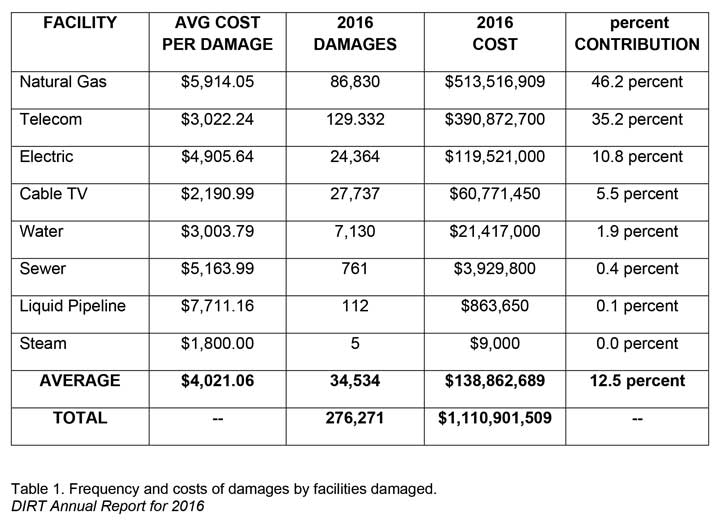 Table 1. Frequency and costs of damages by facilities damaged.
DIRT Annual Report for 2016

With the fast-paced, heavy scheduling of jobs today and the growing demand for underground utility work, things aren’t likely to improve on their own. In fact, the current method of marking underground utilities prior to job-starts is struggling to keep pace with today’s needs. According to the Common Ground Alliance, excavators in other countries have more control of when and how quickly locate requests are performed than in the U.S. Here, however, with the stress on the current 811 system, there is a 26 percent probability one or more utilities will be marked late. (If any single facility is marked on-time 95 percent of the time and there are six facilities at a site, there is a 26 percent probability (calculation: 1 – 0.95^6) that one or more of the facilities will not be marked on-time). That means the operator has a one-in-four chance of being delayed — or starting without proper markings.

Contrast all the damages and delays outlined above with the simple act of walking the bore path to check for unmarked utilities, your noise floor and best frequencies to use in advance. This proactive step could mitigate the poor planning of last-minute call-ins that might not get marked in time and provide a much clearer awareness of the jobsite that could help avoid unnecessary strikes. The information gained would also provide a better understanding of what challenges operators will face along the bore path before showing up with the equipment. As the latest data suggests the bulk of underground strikes are a result of “insufficient excavation practices” (Figure 1), this additional information would enable crews to arrive on-site better prepared for a successful bore. Figure 1. Root cause by group for consistently
reporting stakeholders, in Canada and the U.S., over time. DIRT Annual Report for 2017

Today, pre-bore planning has grown beyond the old-school pad-and-pencil approach. Technology has made the practice easier and more accurate using tools like tablets and smartphones. But the “bells-and-whistles” solutions may not be reaching a segment of HDD operators. Those who don’t yet value the benefits of pre-bore planning aren’t likely to spend the money on these solutions, let alone the time it takes to implement them.

To combat this obstacle and encourage those operators to adopt a practice that is certain to benefit everyone in the HDD market, Subsite Electronics has introduced a “lite” bore planning application. By offering this tool free to users, the company hopes to increase the practice of pre-bore planning and demonstrate the benefits to a wider audience of operators. While the free Field Scout app is not as robust as a rod-by-rod planner, it will allow users to plan their bore waypoint-to-waypoint recording vital information along the way. Users can mark the entry pit, exit pit and crossing utilities along the bore path, as well as record depth and indicate where potholing needs to occur.

RELATED: Drill Master: How to Plan a Proper Bore

Collecting this data electronically reduces transcription errors common in handwritten methods. It also enables users to send the information to a supervisor or owner for plan approval and to the crew to initiate daylighting. Most importantly, it gives users the ability to upload the data thwwhen critical crossings are coming up and be able to act accordingly. The results should be a safer, more productive jobsite with fewer underground strikes.

As operators begin to see the benefits of such planning, many will migrate to more feature-filled solutions, further improving jobsite performance and safety. For example, the DIRT Annual Report for 2017 notes “failure to maintain clearance” accounts for nearly 5 percent of underground strikes. Field Scout, when used in conjunction with Commander 7 ScoutView on the drill display, offers a Minimum Separation feature to remind operators mid-job where they should be in relation to known utilities and the bore plan.

As our country’s underground infrastructure needs continue to grow at a rapid pace, the incidence of underground strikes will continue to increase. HDD jobsites will become more and more crowded with crisscrossing lines and HDD crews will become more and more rushed due the demands of contractors, utilities, municipalities and the needs of consumers as a whole. Without a concentrated effort to improve HDD drilling practices, we cannot logically expect an improvement in jobsite safety or a decrease in the cost of damages on a national scale. Technology-based, pre-bore planning is a basic step that could have a substantial impact for the industry. By making such a solution widely available, we believe we can encourage adoption and change behavior for the betterment of all involved.

Levi Valdois is the product manager/HDD guidance for Subsite Electronics.