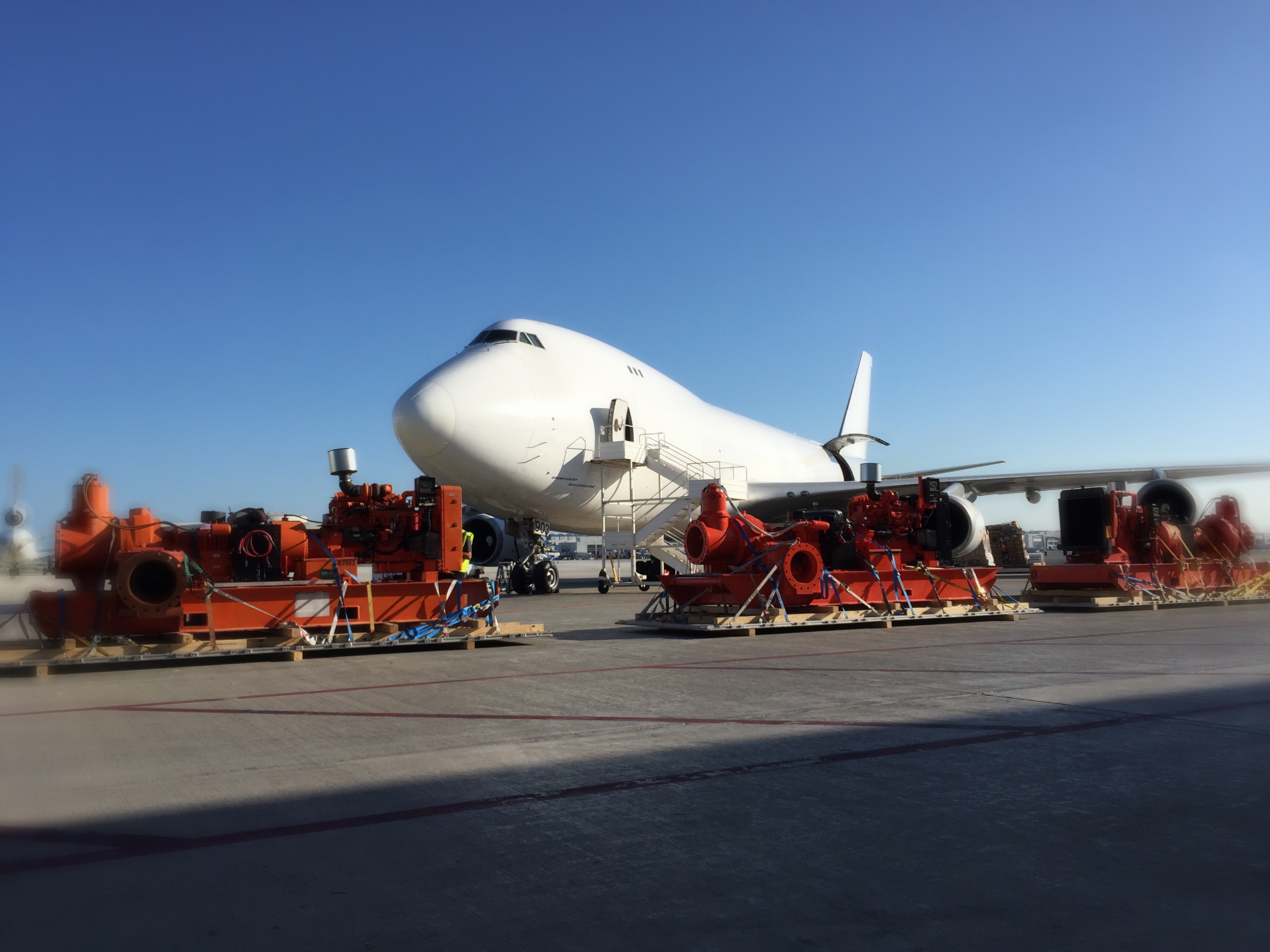 The $6 million rental contract has Xylem providing 15 of its heavy duty Godwin dewatering pumps to fill the third set of basin locks on the Pacific Ocean sector, with 1.7 billion gallons of water, as part of performance trials for the system prior to its commissioning. To support the dewatering project, Xylem installed 15 Godwin diesel-driven pumps, deployed from the U.S. In June, these pumps transported up to 122 million gallons of water per day

The Panama Canal Expansion program is scheduled for completion in the second quarter of 2016.

It creates a new traffic lane and builds two new lock complexes, one on the Atlantic Ocean and the other on the Pacific, allowing for the passage of new Panamax ships, doubling the capacity of the Panama Canal.

“We are honored to work with the Authority of the Panama Canal (ACP) and to be part of this project which expands one of the world’s most important transport routes,” said Colin Sabol, senior vice president and president of Xylem’s Dewatering business.

This is the second project that the ACP has awarded to Xylem under the Panama Canal Expansion program. Earlier this year, Xylem supplied 64 Flygt mixers to prevent the formation of corrosive deposits on the rolling gates during installation.

To support the dewatering project, Xylem installed 15 Godwin diesel-driven pumps, deployed from the U.S. In June, these pumps transported up to 122 million gallons of water per day (MGD) from the Miraflores Lake to fill the third set of locks on the Pacific. Over a period of 22 days, the project consisted of pumping enough water to fill 90,000 average sized swimming pools. With the world’s largest inventory of rental pumps, Xylem has the ability to mobilize resources quickly. Like chartering 5 Boeing 747s to transport pumps to Panama Canal.

As part of the  rental contract, Xylem is providing turnkey services and equipment for the project, with Xylem’s highly-skilled engineers designing and installing the system, which also includes 13,500 ft (more than 2.5 miles) of 18-in. high-density polyethylene pipeline (HDPE) to transfer the massive amounts of water. Xylem is also supervising the performance of the 15 Godwin pumps with its remote pump monitoring system called Field Smart Technology.

“Xylem is providing its global experience at a local level. With the world’s largest inventory of rental pumps and related equipment, Xylem has the ability to mobilize our vast resources quickly,” said Jorge Alvarado, managing director for Xylem Latin America North. “In combination with the local presence and engagement of our Panama-based team, we are able to rapidly deliver the quality services demanded by the ACP for the execution of the Expansion Program project.”

The third set of basin locks includes reuse basins that will save water and also improve the Panama Canal’s efficiency, using seven percent less water compared with the amount currently used by the existing locks. In addition, in each transit operation, 60 percent of the water will be recycled.