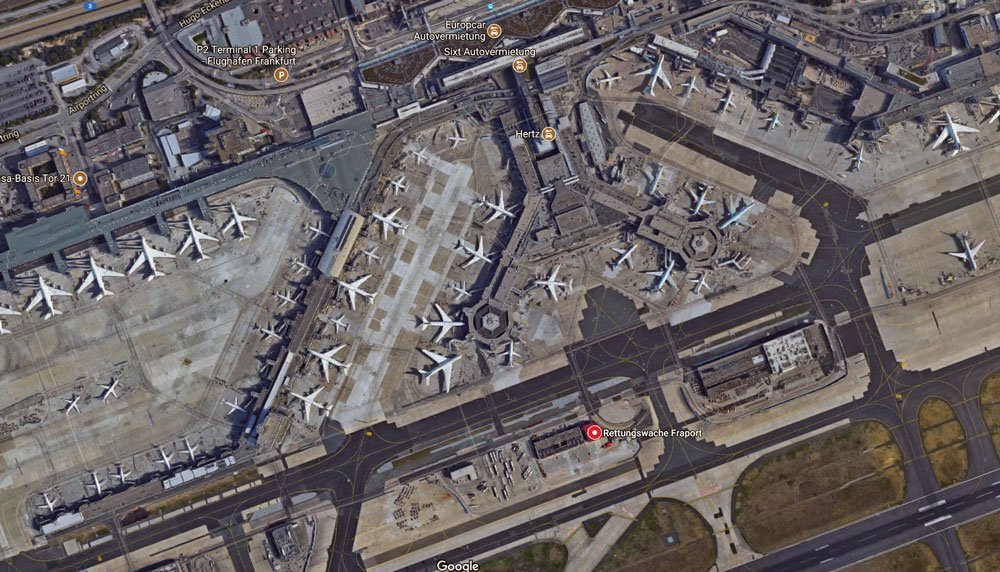 With nearly 65 Million passengers using its services each year, Frankfurt Airport, in Frankfurt, Germany, can’t just shut down for maintenance. However, after 40 years of increasing footfall, the airport’s vast sanitation infrastructure was in danger of falling into a critical state.

Heavy use had exacerbated normal wear and tear, leading to cracks, pipe offsets, corrosion and multiple unflushable deposits. With the clock ticking down, the airport authority led a charge to repair or replace the wastewater network at Frankfurt Terminal 1 and contracted Germany’s ANT GmbH to manage the project. ANT sought support from Trelleborg Pipe Seals, a provider of pipe renovation systems with coverage across Europe and the United States. With a vast spiderweb of pipes lying directly beneath the terminal’s buildings, this would be no simple project for either firm.

Condensed within a confined area, and often expanded at various points through the years, airport wastewater infrastructure is notoriously challenging. Frankfurt Terminal 1 is no different: Since construction in the early 1970s, multiple extensions and conversions have created a complex wastewater system comprising a mixture of pipe sizes. These range from 4 to 16 in. in diameter, with 4-in. pipes predominating and 2.5-in. vertical downpipes also occasionally in use. Certain parts of the network are extremely hard to reach, having been overbuilt by newer parts of the terminal. Diameter changes and bends are commonplace, especially where the system had been altered to connect sub-networks, pumping systems and inspection manholes. What’s more, much of the piping is buried underneath second basement level thoroughfares, which have a height clearance of just seven feet. This restricted the type of machinery that could use to carry out the rehabilitation.

Moreover, to prevent future recurrence, the ANT-Trelleborg team needed be able to deliver a watertight, long-lasting answer to the problem. The chosen repair method also had to comply with the airport’s strict sustainability targets, meaning minimal carbon emissions or environmental pollution. The atmospheric dust pollution and potential groundwater contamination created by open-cut methods was not an option. Most importantly, however, the rehabilitation needed to cause as little disruption as possible to the half-a-million passengers passing through the airport each week. This meant that no trenches could be dug.

Recognizing the scale of the task in front of them, ANT selected a cured-in-place pipe (CIPP) lining technology, provided by Trelleborg. The solution would also include patch repair methods, as well as technology for repairing lateral connections, which would enable the airport’s wastewater pipes to be rehabilitated entirely from the inside. The project schedule was carefully planned in coordination with the airport authority. To minimize disruption to passengers, work was scheduled to take place in sections, with 60 percent being carried out at night.

Following a full CCTV inspection, the ANT team decided to employ a combination of three different CIPP solutions offered by Trelleborg. The first piece of the puzzle was a flexible CIPP lining technology that would enable navigation of multiple 45-degree bends. ANT selected Trelleborg’s DrainFlexLiner CIPP solution with a polypropylene coating, combining this with a resin system that offered long pot times and short curing times. This gave the team ample time to prepare and invert the liners, and only a short period of time was needed before they could move on to the next pipe repair. In addition, the team selected a patch repair system to fix isolated issues within the terminal’s wastewater system. This system seals sections of up to 16.5 ft and uses ‘drain packers’ to travel through the pipe to the point of repair, where they are cured in under three hours. With multiple packers in place, the ANT team was able to work on several sections of the network at the same time.

The third crucial element of the project involved making long-lasting repairs to the connections between the pipes to prevent future defects. The chosen solution involved using felt liners with a high fiberglass content. Lateral connection repair (LCR) packers were used to transport the liners to the point of damage, with an inspection camera assisting in the positioning. The packer sleeve was then inflated to seal the lateral part of the LCR-liner into the lateral pipe. Once cured, the liner formed a close frictional fit with the host pipe’s internal wall and repaired a length of the main pipe, as well.

Using a combination of cured-in-place and patch repair methods, the project team had managed to successfully repair almost two and a half miles of pipes without a single trench being dug. By working at night and using compact, portable equipment, the team was able to minimize disruption to the day-to-day running of Frankfurt Airport. Crucially, the solutions that are now in place are expected to last at least 50 years, helping Frankfurt’s 1970s sanitation system to last well into the second half of the 21st century. The integrity of the pipe rehabilitation solutions deployed also protects against contamination via exfiltration for the long term.

When it comes to airports, long-term thinking is needed. With more and more travelers taking to the skies, the strain on airport infrastructure is only set to increase over the coming years. In the United States alone, the Federal Aviation Administration (FAA) projects domestic enplanements to reach 941 million a year by 2030.

In short, Frankfurt’s story shows the value of making timely, non-invasive, wastewater repairs now before they get out of hand.