TT Here’s Some Tips on Proper Storage of Thread Compounds

Since Jan. 10, 1901, when a well at Spindletop struck oil and the Texas Oil Boom began, oil and gas have been vital aspects of the local, U.S. and world economies. The word ‘dope’ can have a negative connotation. According to Merriam-Webster, dope when used as a noun is defined as a stupid person or narcotic. But to thread compound manufacturers, dope is a specialized formula consisting of a grease base, solids, and performance enhancing additives. Compound chemistries have advanced to meet the complex conditions of High-Pressure High-Temperature (HPHT) wells and directional drilling.

In other words, we take our dope seriously and hopefully you will too after reading this article.

Pipe dope is an integral part of the drill string. Thread compounds purpose is to lubricate, protect, and seal the thread region of a connection. In order to perform as intended, care should be taken while the product is in storage and prior to application to prevent damage to the drill pipe and leaks.

Ideal storage conditions for thread compounds packaged in pails and drums are indoors in dry, clean, well ventilated areas away from heat sources. The consistency of grease-based products is affected by temperature. It is recommended to store thread compounds at ambient warehouse conditions, preferably at temperatures between 32 to 100 F. Grease consists of approximately 90 percent petroleum oil or synthetic lubricating fluid and 10 percent soap thickener. Like a sponge releases water when it is squeezed, the grease thickener traps the oil until it is stressed (squeezed) by shearing/mechanical movement or when exposed to elevated temperatures. Oil separation is common in greases because it is the major component. The pooled oil must be stirred back into the grease matrix prior to use for best performance. Long term storage above 100 F can accelerate oil separation and make it more difficult to blend in the oil. Also, the high temperature could lead to degradation of the grease over time.

On the other extreme, long term storage below freezing can cause difficulty pumping. The viscosity of the grease’s oil or synthetic lubricating fluid can change depending on the temperature. Typically, oils thicken when cold and thin when heated.  The viscosity index (VI) indicates how an oil’s viscosity is affected by changes in temperature. The higher the VI, the less change in viscosity with respect to temperature. Pumping and mobility of thread compounds is important for auto-lubrication equipment. If the dope has frozen, the compound will be too thick to travel through the lines in order to spray onto the threads. No dope on the threads, no protection against damage.

RELATED: Drill Pipe: The Bones of an HDD Project

In the real world, the pail of compound is probably stored in the bed of a pickup truck and exposed to the scorching summer or frigid winter conditions. One solution is to have the pail inside the truck cab to protect the dope from being buried under snow and ice or baking in the sun. Also, the material has a chance to reach a good working temperature while the truck is in transport. The best solution is switching to an all-season product that can withstand fluctuating weather conditions because of its wide operating temperature range.

Storage recommendations are the same for opened, partially consumed containers. The most important rule on determining whether to use leftover compound or not is to check for contamination. After opening, take care to protect the thread compound from drilling fluids, water, dirt, and other debris that will affect adherence, thread protection, and makeup. Many HDD units with autolubers have a dedicated location for the pipe dope with a sealed lid which prevents contamination.

The greatest risk of contamination is when applying thread compound manually using a dope brush. These brushes are sometimes placed on the ground instead of back in the pail. Dope is sticky and grabs dirt, grass blades, or whatever it touches. When the contaminated brush is placed back in the pail for application, the entire bucket is compromised.  If contamination is present, dispose of the adulterated material according to SDS advice.

If the unused dope is free from foreign substances, make sure to seal the container tightly and consume the remainder during the next job. Please note, the shelf life for thread compounds is for unopened pails.

Preparing Compounds for Use

Upon opening the container, stir the product with either a clean dope brush or other suitable device to blend the oil and/or the component solids that may have settled during shipment and storage. As mentioned earlier, some oil separation is expected. Stirring the oil and settled solids will ensure the material applied to the threads contains the correct concentration of solids to protect the threads from galling and oil to lubricate upon makeup. 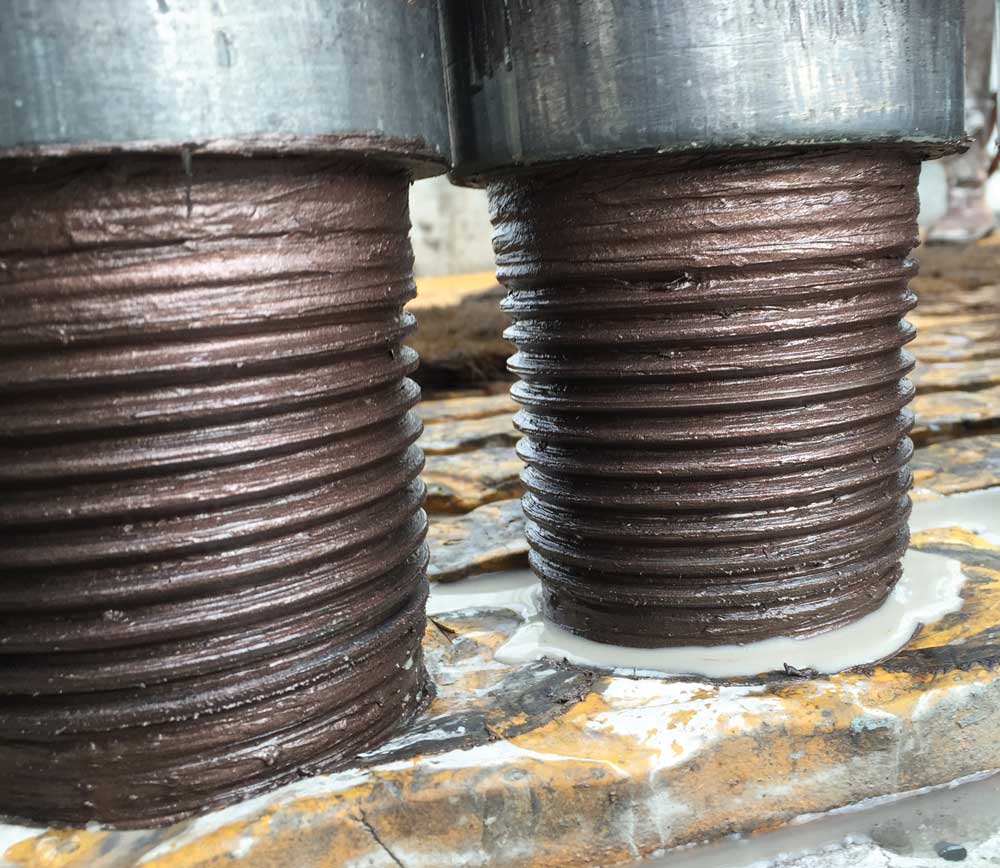 Never add material (diesel fuel, kerosene, motor oil, etc.) to the compound to improve ease of application — such contamination or adulteration can change the friction factor and degrade galling resistance properties. The friction factor affects connection makeup. Diluting the dope can make the compound slicker causing the connection to over torque and possibly damage the pipe. Adding material to thread compounds also dilutes the solid concentration so there are less particles compressing to form the gasket between the threads and shoulders to prevent metal to metal contact and seal. 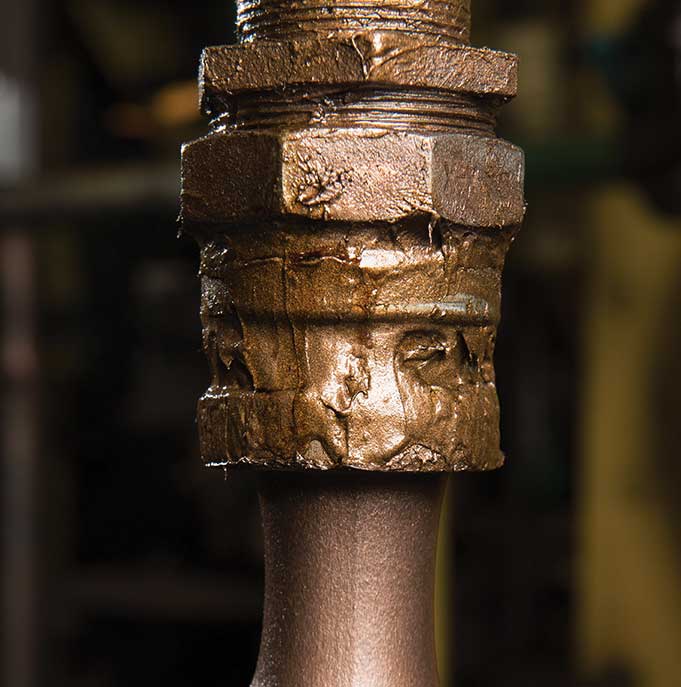 Dope is a term that can be used as a noun, adjective, or verb. My favorite definition is when dope is used as a slang adjective, meaning “excellent” or “the very best kind.” I encourage you to treat dope as the wonderful, magical, special lubricant it is by taking care while storing and preparing your compound for use.

Kimberly Matthews is research and development manager at Bestolife Corp.