The American Society of Civil Engineers (ASCE) Utility Engineering and Surveying Institute (UESI) recently announced the election of its 2022 fiscal year president-elect and two new governors to serve on the UESI Board of Governors. 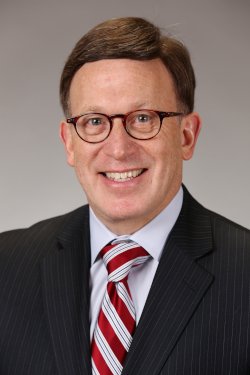 Steven Kramer serves as a senior vice president at COWI North America as well as a senior business development director for its Transportation and Water business. He also oversees the growth and development of the tunneling and trenchless practice. As an executive, project principal and design manager for more than 35 years at major global engineering and construction firms, Kramer has led the design, management and construction of over 50 underground, tunneling and trenchless projects ranging in construction values up to $1 billion for municipalities, utilities and transportation authorities in North America, Europe and Asia.

A frequent speaker and active participant at industry conferences and in technical societies, Kramer has published more than 90 technical and management papers. He is a licensed professional engineer in several states.

In recognition of his significant accomplishments and contributions to the industry, Kramer was named the recipient of the 2004 Trenchless Technology Person of the Year award, received a 2016 Engineering Alumni Achievement Award from Washington University in St. Louis and elected to the Moles in 2020.

Kramer has been an active member in ASCE starting as a student in 1980 where he built and raced concrete canoes. He has a long history of participation in the ASCE Pipeline Division including serving on several committees, presenting at many ASCE conferences, organizing workshops and as a continuing education instructor. He also served as ASCE’s first Director of Research at the Civil Engineering Research Foundation (CERF). He has held several leadership roles in technical, charitable and industry associations. He is also a member of the Trenchless Technology Editorial Advisory Board. Steve served on the UESI Board of Governors from 2017 to 2020.

Ariaratnam has a track record of professional volunteer service in the underground utility and pipeline industry includes various leadership roles and spans several decades. He has held board positions at the regional and national levels with the North American Society for Trenchless (NASTT) from 1997-2006. From 2005-2016, he served on the Executive Committee of the International Society for Trenchless Technology (ISTT) including serving as chair from 2010 to 2013, where he oversaw a nine member Executive Committee and a 27 member Board of Directors representing 40 countries. He is a member of the Trenchless Technology Editorial Advisory Board.

He has a long history of service to ASCE including involvement in three different Institutes: Construction Institute (CI); Geo-Institute (G-I); and the Utility Engineering and Surveying Institute (UESI). He has had several ASCE leadership roles including serving on the UESI Pipelines Division Executive Committee (ExCom) from 2004-2019. He had the honor of serving as ExCom chair in 2017-18 and the conference co-chair for Pipelines 2017 in Phoenix. In 2016, he brokered an MOU between the UESI Pipelines Division and Zhengzhou University in China where three Pipelines ExCom members travel annually to China to participate in a pipeline-related conference. He previously served as an associate editor for the ASCE Journal of Pipeline Systems Engineering and Practice from its initiation in 2010 to 2020.

Ariaratnam has received several awards from ASCE including the John O. Bickel Award (2001), Arthur M. Wellington Prize (2015), Pipeline Division Award of Excellence (2019), and the Stephen D. Bechtel Pipeline Engineering Award (2021). He was elected as a Fellow of ASCE in 2015. Furthermore, he is a member of the Canadian Academy of Engineering (CAE) and the U.S. National Academy of Construction (NAC). In 2021, he was named the Beavers-Ames Chair of Heavy Construction at Arizona State University.

Heidrick began his career in a position related to his chemical engineering educational background, but quickly realized his passion related to projects in the civil engineering field. He entered the area of professional consulting and has been there ever since. Heidrick’s MBA provides him with a unique perspective in managing and marketing projects.

His area of focus is water transmission and distribution, and wastewater collection system projects. He has designed and managed projects in residential, rural and urban settings, where he realized the importance of collaborating with utility companies that have facilities in the area to mitigate project risks. His projects include open cut installation methods as well as trenchless methods, including HDD, pipebursting, sliplining, jack & bore and other rehabilitation methods. He has experience working in collaborative delivery methods, including a recent project that won an ACEC Engineering Excellence Honor Award in Missouri.