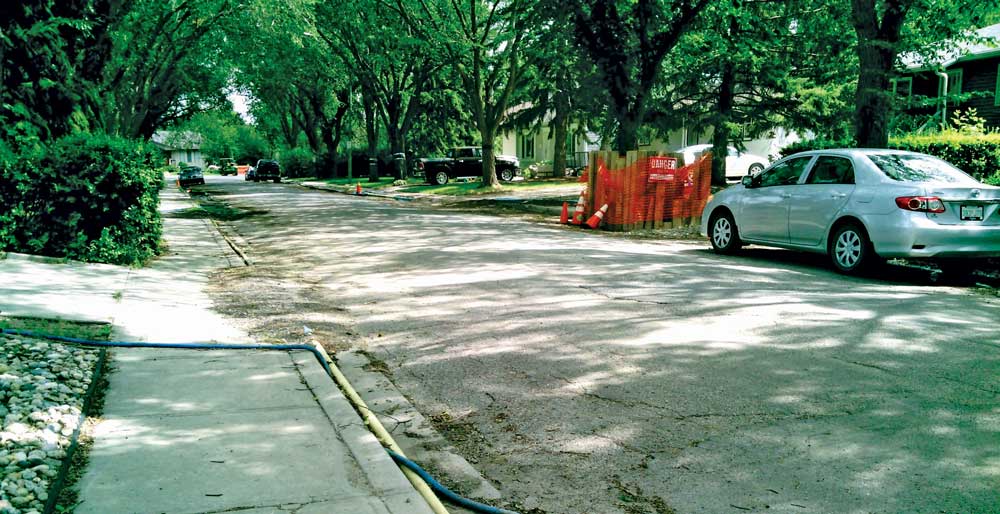 Regina Emerges as a Leader in Watermain Rehabilitation

Published by Contributing Author May 23, 2019 View Profile
On the surface it may appear that the City of Regina’s watermain infrastructure dilemma is the same as most Canadian municipalities. Aging watermains that have reached the end of their life, leading to a rise in watermain leaks and breaks. However due to the unique composition of the City’s soils and pipe material they have been left with an issue where there is no readily available how-to manual to structure the City’s rehabilitation plan after. Instead the City was left to think outside the box for a solution.

The City’s Regina was founded in 1903 with it’s first watermain installed shortly after. While cast was the first material used it increasingly became harder to source and more expensive. As this was occurring another material had emerged within the market, asbestos cement (AC). Beginning in 1940s AC was installed for watermain repairs, as well as all new developments and subdivisions. Due to health concerns regarding the asbestos fibres, AC was substituted for PVC in the 1980s.

Beginning in the 1980s the City began to notice higher than average breakage rates on the AC pipes. These breaks have continued through to this day with AC accounting for almost all the watermain breaks that the City experiences within a given year. As the breaks continued to grow the City decided to investigate the cause for why they were experiencing such a high rate of failure on AC mains.

Through the extraction of pipe samples the City established that the pipe had deteriorated moderately due to aggressive water but not enough for the pipe to fail. This left one main culprit as the primary source for the breaks; the clay soils.

Regina is situated on top of a porous clay that has a very high expansion and contraction dependant upon the moisture content. This coupled with shifts between a very dry, warm summer and cold, wet winter and spring leads to large shifts within the soil. As the soil contracts it crushes the pipe to the point of failure.

This rare circumstance has left the City with a difficult problem, watermains that most municipalities wish to not disturb yet required immediate replacement. Open-cut replacement had been traditional utilized within the City to replace the broken AC mains as it was the only method proven to prevent the AC mains from breaking in the future. While it was the only method, it left the City feeling the impacts of the disruption to local neighbourhoods and the higher costs of replacement. 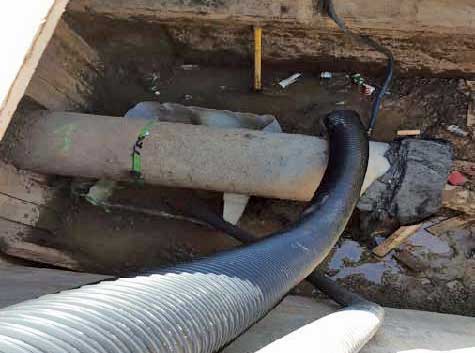 In 2010, the City looked to an emerging technology, CIPP (cured-in-place pipe) to help further solve their needs. While commonly used for sewers at the time, CIPP for watermains had yet to become as popular as it had in cities in Ontario and Quebec.

In theory, CIPP is a logical alternative to the concerns presented by the replacement of an AC pipe. Through the structurally lining process the watermain would be given a brand-new life while providing minimal disruption to the asbestos fibres in the pipe. While CIPP had been used previously on AC pipe in Canada it did not have the extensive track record as other pipe materials such as cast iron or ductile iron pipes. In order to determine if the technology was a fit for CIPP the City decided to embark on a project with Fer-Pal Infrastructure.

Moving Ahead with CIPP

Having success in preventing further breaks from occurring the City decided to reinvest in the technology in 2013. In the subsequent years following the initial project the City has invested in a yearly in AC watermain structural lining program.

The inside of an AC pipe prior to being lined and then AC pipe after lining.

This CIPP program works hand-in-hand with the City’s open-cut replacement plans. Open-cut is used in areas primarily where the road and sewer also require replacement. CIPP is used mostly in “hot-spot” areas or areas where several breaks have been experienced and are expected to occur again in the future.
Since its first trial project the City has doubled its lining program to a total of 6 km in 2019. The City has yet to experience a watermain break on its CIPP lined pipes.

As the program has grown the City has attracted the interest of several other surrounding municipalities with similar infrastructure deficits. Cities such as Lethbridge, Yorkton and Saskatoon have recently tendered CIPP water rehabilitation projects with other representatives from local municipalities and engineering firms attending live demonstrations out of interest in establishing a program of their own.

Rather than look to traditional methods, the City of Regina sought out a technology that would help address its unique problem. As a result of this outside-the-box thinking Regina has become a leader and an example for other municipalities.