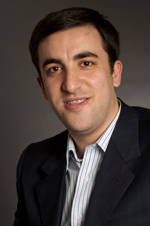 As society’s reliance on the internet continues to increase, so does the need for efficient and reliable internet connections.

Health care providers, education sectors, communication and the entertainment industry all rely heavily on reliable internet connections to provide effective services. Personal internet consumption has also seen a surge. The dependence on portable computers and mobile devices has augmented the imperative necessity to have consistent access to the internet. Technological advances, including the advent of autonomous vehicles, will see a continued increase for the demand of reliable connections.

Existing bandwidth connections, composed of copper networks, are inadequate to fulfill society’s current internet requirements due to the networks’ limited capacities. Internet service providers (ISPs) are striving to provide consumers with advanced means of connectivity to meet the ever-growing need.

Fibre-optic (FO) networks have been found to be a valuable alternative to copper connections as the FO cables hypothetically have unlimited capacity and the ability to transfer data almost instantly across extensive distances. The benefits of FO networks have led to ISPs committing to the improvement of their connections by gradually replacing the copper cables with FO networks. In Alberta, TELUS Communications has committed $4.2 billion, and in Toronto, Bell invested $1 billion to change from copper to FO networks [1,2]. Other ISPs are also making a pledge to update their network connections to FO.

The implementation of FO networks has proven a challenge as the installation is often difficult and contractors face a number of obstacles. Direct bury, through open-cut installation, has long been the conventional method for underground construction, but carries a series of complications, such as causing potential damage to existing underground lines, putting strain on pavement life and producing severe social and environmental disturbances. Additionally, open-cut installations are expensive and time consuming; therefore, its use in FO deployment results in extended construction times, which further delay consumer access to first-rate internet.

Due to the extensive complications presented by open-cut, trenchless and near-trenchless methods are gaining popularity among ISPs to deploy the fibre. Plowing, mini-trenching, micro-trenching (MT), piercing and mini horizontal directional drilling (mini-HDD) are all effective methods for FO installation, although MT and mini-HDD are the most common methods.

In particular, MT is favoured, specifically for the last 200 m of FO deployment. This is when a contractor will encounter the majority of above and below ground obstacles, complications that may be significantly reduced by using MT compared to other means.

Micro-trenching, needs only a small, shallow trench to be dug below the surface, installations are swift, more cost-effective than other methods, requires no utility inspections and, due to the minimal depth, does not interfere with adjacent underground facilities. It is also a popular choice because its quick construction rate causes minimal traffic delays and low environmental and social impacts.

Installation of FO cables using MT begins with the cutting of a shallow and narrow trench, up to 120 to 300 mm deep and 25 mm wide, which is considerably smaller and less invasive than the trenches used in open-cut construction. The FO cable is then placed inside the microtrench and the trench is appropriately filled.

However, despite the relative ease of MT installation, compared to open-cut, ISPs are not widely using MT as a means of underground construction. Municipalities are still hesitant to embrace fully the semi-trenchless installation method, worrying about the associated risks and feeling more confident with the problematic, but familiar, open-cut method.

MT does carry its own risks, with the shallow depth in which the trenches are dug posing potential stability issues to the buried conduit in regions that experience severe freeze-thaw cycles, the trenches may damage pavement, and the FO cables are at times at risk during road and pavement rehab. Nonetheless, the benefits of MT for FO installation far outweigh the associated risks, and it is possible for appropriate precautions may be taken to mitigate the risks.

Trenchless industry professionals are vital to dispel the reluctance surrounding the use of MT in order to allow ISPs to use the most effective means of network installation. The promotion of trenchless and semi-trenchless technologies will lead to a better understanding of benefits, resulting in a wider acceptance of their practice, ultimately providing society with the high-speed, reliable network connections that are quickly becoming a necessity.

Dr. Alireza Bayat, P.Eng, is an associate professor at the University of Alberta and director of the Consortium for Engineered Trenchless Technologies (CETT).