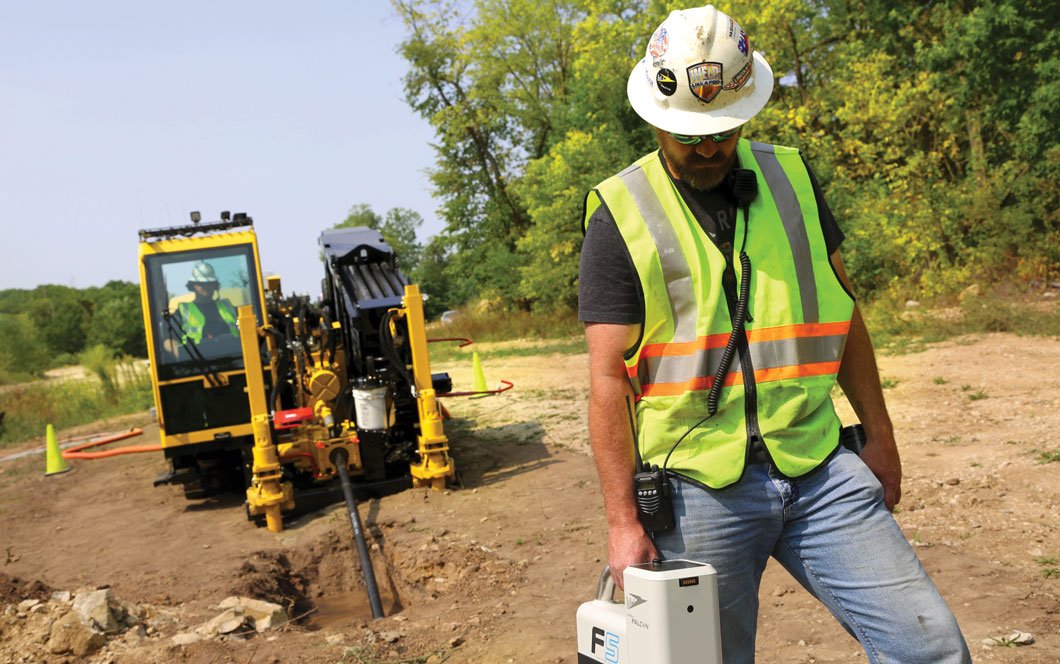 In 2018, Enbridge Gas Distribution Inc. kicked off the lofty project of expanding its natural gas system to the Kawartha Lakes, Ontario villages of Fenelon Falls, Cameron and Cambray.

The $47 million projects called for 46 km (28 miles) of new pipeline to be laid over the next two years. However, before homeowners and businesses in the area can start using natural gas for heat, Aecon Utilities Inc. must first navigate the area’s challenging ground conditions and work around all the nearby lakes and waterways.

Aecon Utilities, Ontario’s largest utility contractor, is who Enbridge Gas Distribution called when they first began to plan for this natural gas system expansion. Aecon has an impeccable reputation for its quality of work and on-time performance. On this project, the team would have to use a combination of open-cut and trenchless installation methods to install the new lines. The scenic lakes and varying soil conditions are what dictated which methods the team used on the pipeline’s larger mainlines. In the villages, Aecon would predominantly use horizontal directional drilling (HDD) methods.

Heading up all of Aecon’s directional drilling projects throughout Canada is Curt Falls, general manager of directional drills and hydrovacs. He started working in the field for Aecon Utilities in 2000 and has helped the organization grow and expand its HDD capabilities during his 18 years of service with the company. Currently, Falls has 33 HDD crews in the field operating drills ranging in size from 4,082.3 to 45,359.2 kg (9,000 to 100,000 lbs), but the gas pipeline work happening around Fenelon Falls is one of the more challenging projects they are currently working on.

“A large part of that job is being drilled, and the ground conditions are pretty challenging because one minute we’re in solid rock, then shale or clay,” Falls explained. “Those varying conditions make it hard to decide which drills we should be using. In the past, we typically would use our 45,359.2-kg (100,000-lb) drill with a mud motor to drill through the rock. However, it is a lot of muscle for gas lines that are 15 cm (6 in.) in diameter or smaller, but the ground conditions have always dictated what size machine a driller needs to use.”

Around the time that Aecon began planning for this gas pipeline project, Falls was talking to his local Vermeer Canada sales representative, Jeremy Snow, about the ground conditions on the project and a few other upcoming jobs that involved drilling in rocky conditions. During the conversation, Snow suggested that Aecon should consider using a dual rod drill and invited a few members of its team to visit a contractor in Kentucky using the new Vermeer D40x55DR S3 Navigator horizontal directional drill.

Using dual rods, the Vermeer D40x55DR S3 can work in a broad range of ground conditions, including rock, clay and loamy/dirt. The unit’s inner rod provides torque to the drill bit, while the outer rod offers steering capability and rotation torque for reaming. This setup delivers powerful downhole cutting action and can give contractors greater tooling flexibility than a drill equipped with a mud motor.

“We were impressed when we saw the drill in action,” Falls explained. “It has the same size footprint as our Vermeer D40x55 S3 Navigator HDD, but can perform as well as larger drills in rocky conditions. I liked the idea of being able to use a smaller machine in rock because we can transfer everything we need on one trailer. We don’t get that option with larger HDD machines.”

When the members of the Aecon team returned home, they decided to invest in a Vermeer D40x55DR S3 dual rod drill and put it to work on the Fenelon Falls gas pipeline project. They purchased a Vermeer RH15 rock drill head to go along with it. Developed in conjunction with the dual rod drill, the RH15 drill head can handle 2033.7 Nm (1500 ft-lb) of inner rod torque for pilot bores without sacrificing steering ability — a combination not often found when using a mud motor.

Aecon put its new dual rod drill to work this past summer and have been happy with its performance. “It is getting the job done no matter what ground conditions we’re in,” said Falls. Their drill crews are currently working on extending the main gas pipeline and will conquer the job of installing lines to homes and businesses in the three villages after that.

Falls said they have planned to keep most of the drill shots to around 240 m (787.4 ft) long. “After we complete the pilot bore, we’re making one or two passes with hole openers to stretch the hole to 30.5 cm (12 in.). Because there is such a variance in ground conditions, every bore is a little different. Sometimes, we can use a 30.5-cm (12-in.) hole opener and in some of the rocky grounds, we’re starting with a 25.4-cm (10-in.) hole opener and then making another pass with the larger model.”

Crews are primarily using the RH15 rock drill head in rocky conditions and then swapping it out for a more traditional head in softer soils.

After working their Vermeer D40x55DR S3 for a few months, Falls and his team determined on-the-job production rates of the rig warranted adding a second unit. “We had the opportunity to pick up a second dual rod drill and given the efficiency we saw with the first one, it just made sense. Given the terrain we work in, there aren’t too many projects that we don’t need to drill in rocky soil conditions.”

Aecon’s second dual rod drill was also put to work on the Fenelon Falls gas expansion project. Falls said having the second basket of dual rods has also come in handy. “We ordered 228.6 m (750 ft) of rod for each machine and depending on where we’re drilling, that’s usually enough for each bore,” he said. “However, we did wind up having to do one bore that was 400 m (1,312.3 ft) long. The crew was going under a waterway and to put the tie-in in a good location, we needed to go a bit longer than normal. Drilling it was efficient since we could borrow a few rods from the other machine. Our guys did a great job on that one.”

After the main gas distribution line reaches the villages of Fenelon Falls, Cameron and Cambray, Aecon will begin the work of installing service lines to homes and businesses in those communities. This is the final step of the Enbridge project. Falls is pleased with the work his team has been able to accomplish in the first year of the project and is looking forward to the next phase.