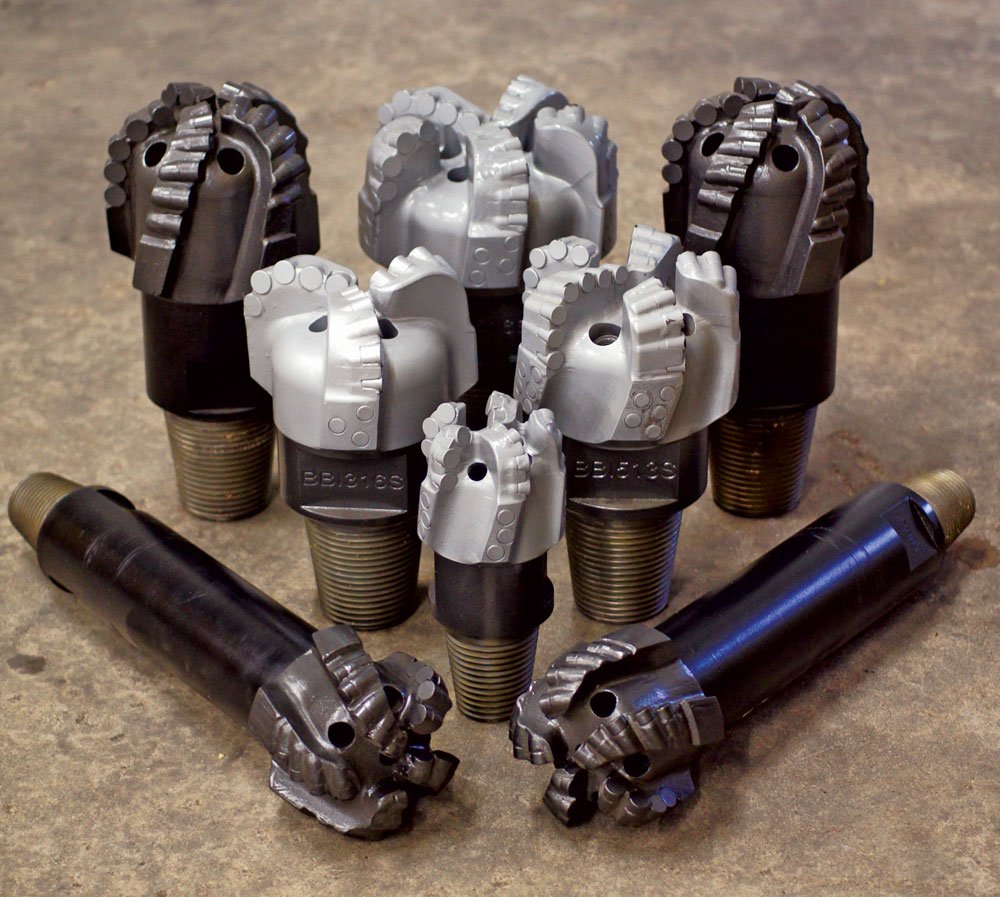 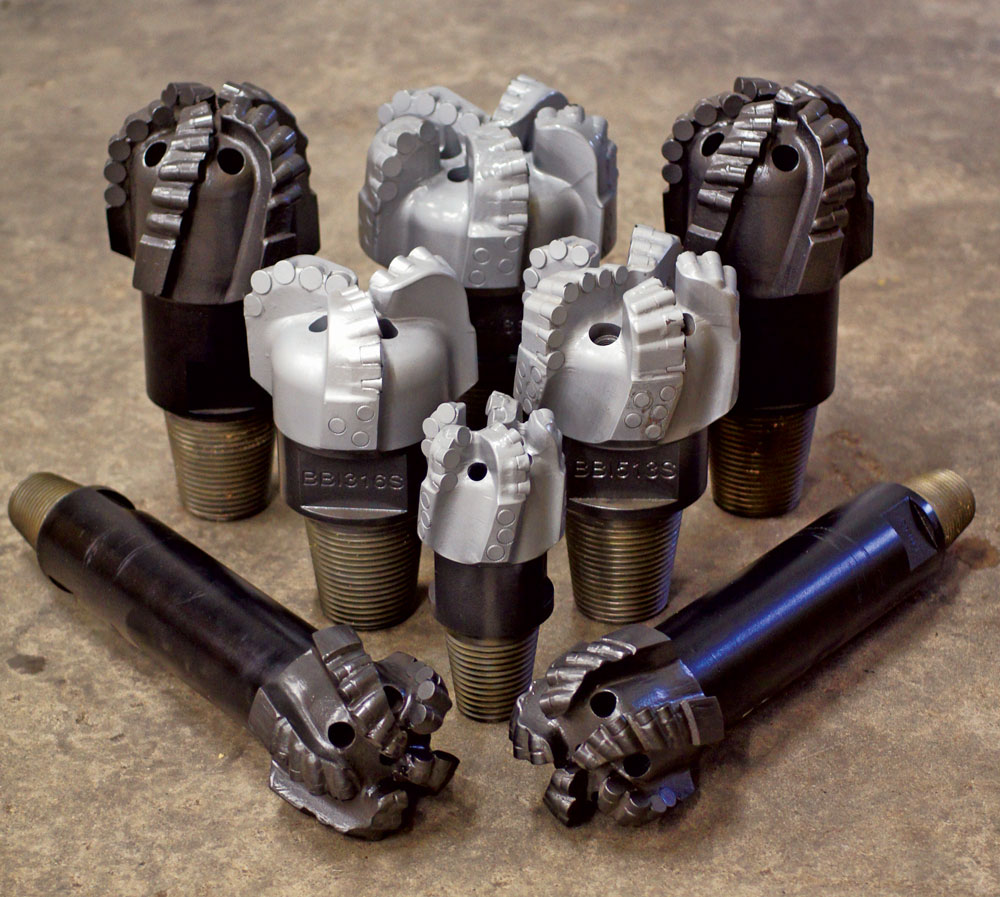 The first type of bit that can be used for rock are PDC bits and PDC reamers. PDC bits were first designed for the oil field in the 1970s. Since then, the designs have changed dramatically to fit the various different drilling industries, including HDD.

Because they cut so fast, issues sometime arise when not enough fluid is being pumped to clear the cuttings out of the hole. When a PDC bit sits in its own cuttings, this can cause the bit to wear unevenly and prematurely fail, even in the correct formations. A mud motor or rod within a rod system is required to run PDC bits. Always check with the manufacturer for recommended RPMs, WOB, and GPM.

The next type of bit that can be used for rock is TCI tricone bits and roller cone reamers. The tricone was invented for the oil field in the early 1900s. Since then, it has been designed and redesigned for every drilling application, including horizontal directional drilling. (HDD). TCI tricones are very versatile in that there is a tricone for nearly every kind of rock. The key to keeping the best rate of penetration with a tricone is drilling within the parameters the bit is meant for and the formations the bit was designed for. RELATED: HDD Tooling Maintenance: Before, During & After

Finally, there is the traditional rock head that does not require a mud motor or rod within a rod system. There are different style rock bits for different types of formations. Whether the rock be cobble, boulders, consolidated, soft, or hard there is a design of rock bit for that formation. Steering can be an issue with these types of heads especially when there are many boulders that the bit tends to bounce off of rather than penetrating. The life of these bits depends on how hard the rock is and whether the correct rock bit is used for the particular formation. While there are different types of rock bits for nearly any kind of rock, this is only suggested to be used for short rock shots and an every once and a while use.

If a driller plans on being in rock all the time, it is suggested to use one of the other three types of rock drilling methods talked about in this article. Be sure to do your research on what formations you will be in and which rock head will work in those formations.