In the early days of trenchless pipe rehabilitation, repairing damaged mainlines was the primary focus. But as the trenchless relining market – and more specifically the cured-in-place pipe (CIPP) lining market – has evolved, owners and engineers have learned that addressing the mainlines alone doesn’t solve the problem of infiltration and inflow (I/I) that can lead to sewer overflows.

Over the last 20 years, lateral rehabilitation has increasingly been incorporated into municipal sewer repair programs as part of a holistic approach to system renewal. An increased understanding of the value of a complete rehab, as well as new tools and technologies to perform the work, has helped system owners realize enhanced benefits for their rehab dollars. 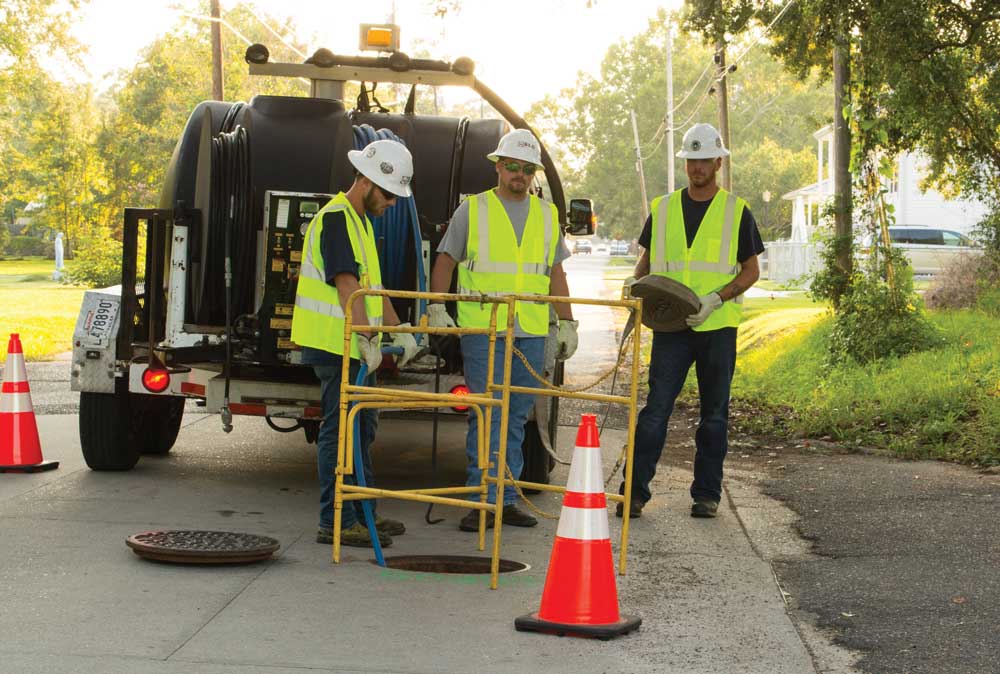 The leadership of BLD Services LLC, Kenner, Louisiana, realized early on the benefits of lateral rehab. In 2008, the company acquired Insituform’s lateral lining division, officially taking over Jan. 1, 2009, and has grown to become the leading lateral rehab contractor in the country. Concentrating on the eastern United States but with work throughout the country, BLD now boasts more than 30 crews operating from 14 different locations specializing in lateral rehab. Since its inception, BLD has installed more than 100,000 lateral liners nationwide. 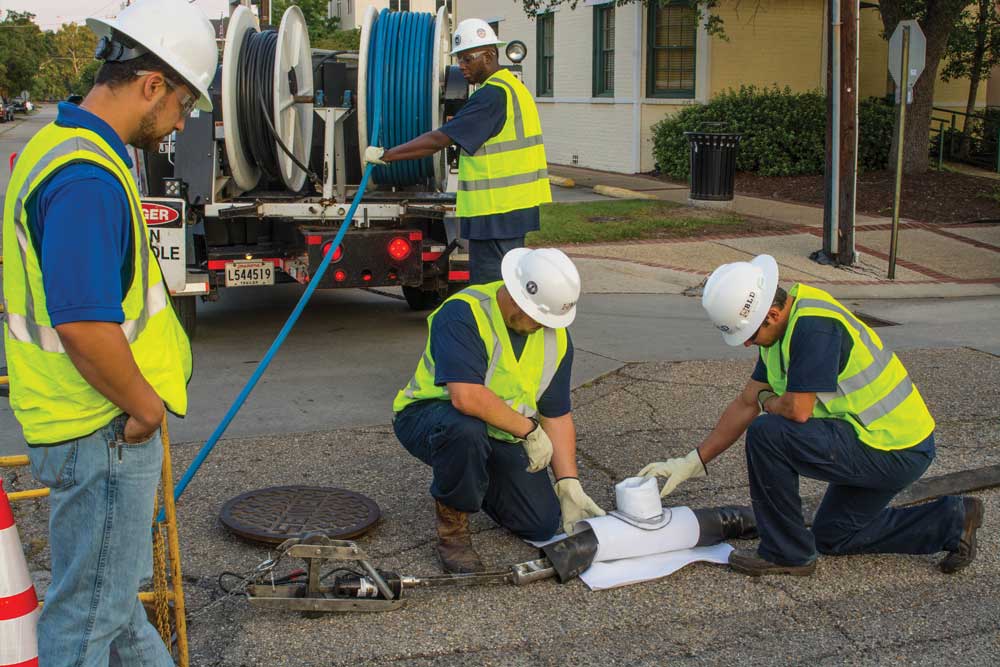 “The market was primed and ready for a company that could focus solely on lateral work,” recalled BLD vice president Jake Trapani, a longtime CIPP veteran who has been with the company since the beginning. “Over the last few decades, there was a lot of CIPP mainline done, and people saw that more was needed than simply repairing the mains. Since that time, the products have changed drastically for the better – there are better products, better cleaning tools and better TV equipment to evaluate the laterals and verify the repair.

“So as the market began to realize the need for lateral rehab and the tools became better adapted, people are seeing more and more success and that has only led to more demand.”

While the lateral rehab market has only recently seen an uptick, the need has long been known. There are an estimated 76 million laterals in the United States, many of which were installed at the same time as the mains, and they are approaching – or have reached or exceeded – their useful life. Despite their smaller size, laterals can contribute significant amounts of I/I – believed to account for up to 50 percent of the total, according to the Water Environment Federation. Making laterals more of a challenge are issues related to ownership and access, as well as the fact that they are often comprised of different configurations – different pipe materials and sizes, as well as multiple bends, etc. The length of the lateral also varies from locality to locality and from house to house. “Laterals are like snowflakes – no two are alike,” Trapani said.

In addition, lateral rehab is different from its mainline cousin in that most of the work is done in the field due to the variability of the configurations. To successfully overcome the challenges associated with lateral rehab, having knowledgeable technicians is just as important as having the right tools. “We do everything in the field, from weighing catalyst to mixing resin to impregnating the liner,” Trapani said. Lateral liners have evolved substantially over the last few decades to the point now where the need to dig-and-replace is uncommon. “When I first started in this business, if you were contracted to rehab 100 laterals, you might be only able to address 40 to 50 because the tools weren’t available yet to fix those problem laterals – whether it was due to tuberculation or bends, etc. Today, our success rate is in the 90-plus percent range,” said Trapani, who has more than 35 years of experience in the sewer rehabilitation business.


BLD’s lateral lining system allows it to address laterals 100 percent trenchlessly – all of the inspection, cleaning, installation, curing and testing is done through the manholes without the need of a clean-out or other access point at the terminating end of the lateral. BLD manufacturers its own lateral connection seal at a facility just outside of Nashville, Tennessee, to ensure quality control, assembling the new connection with the help of its resin supplier (AOC) and tube suppliers (Applied Felt and Liner Products). 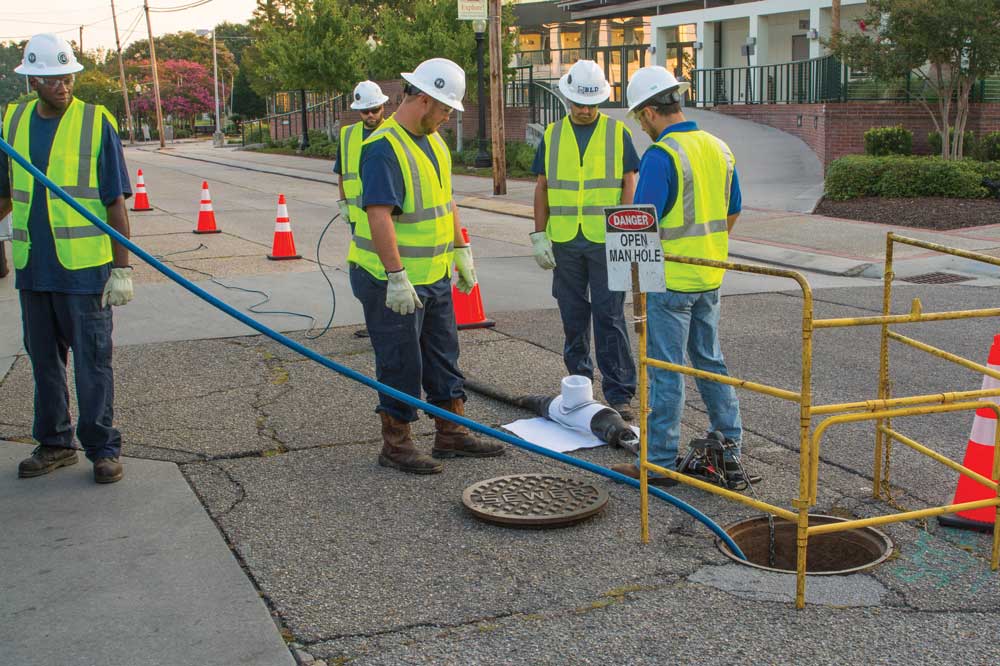 BLD is a licensed general contractor in 26 states and serves as the prime contractor on about half of its projects, performing as a subcontractor on the other half. “It all comes down to how the municipality bundles the work,” Trapani said.

BLD’s “Service Connection Seal + Lateral” (SCS+L) CIPP ambient-cure lateral is a one-piece liner with a sewn connection that covers up to 16-in. in a full wrap/360° inside the mainline pipe. There is a smooth, tapered transition to the host pipe continuing up the service that creates a watertight fitting at the interface connection. The use of hydrophilic material at the main-to-lateral connection and at the terminating end of the CIPP lateral, and silicate resins applied to the backside of the full wrap/360° connection ensures a watertight seal.

The installation process requires minimal access from the homeowner or business side of the property, as all work is completed from the mainline. The finished lateral product meets or exceeds ASTM F1216 for Cured-In-Place Pipe.

While BLD has steadily grown along with the lateral lining market, Trapani sees continued opportunity going forward. “I am very optimistic about the market,” he said. “There are a lot of big municipalities still struggling with I/I issues and overflows, and with the technology available today, it makes trenchless rehab an easy decision – especially lateral rehab. People are seeing the results, and as the results continue to get better, more and more people are going to buy in to the trenchless options available in the market.”

The key to a successful rehab program, according to Trapani, is taking a comprehensive approach. “The sewer system operators who are having the most success are those taking a holistic approach – those who are fixing not only the mainlines but also the manholes and laterals. Municipalities have limited budgets and sometimes the tendency is to only address the major issues, but to truly achieve success you need to take the time and money to fix the whole problem where you don’t have to keep coming back as I/I finds a new path into the sewer.” 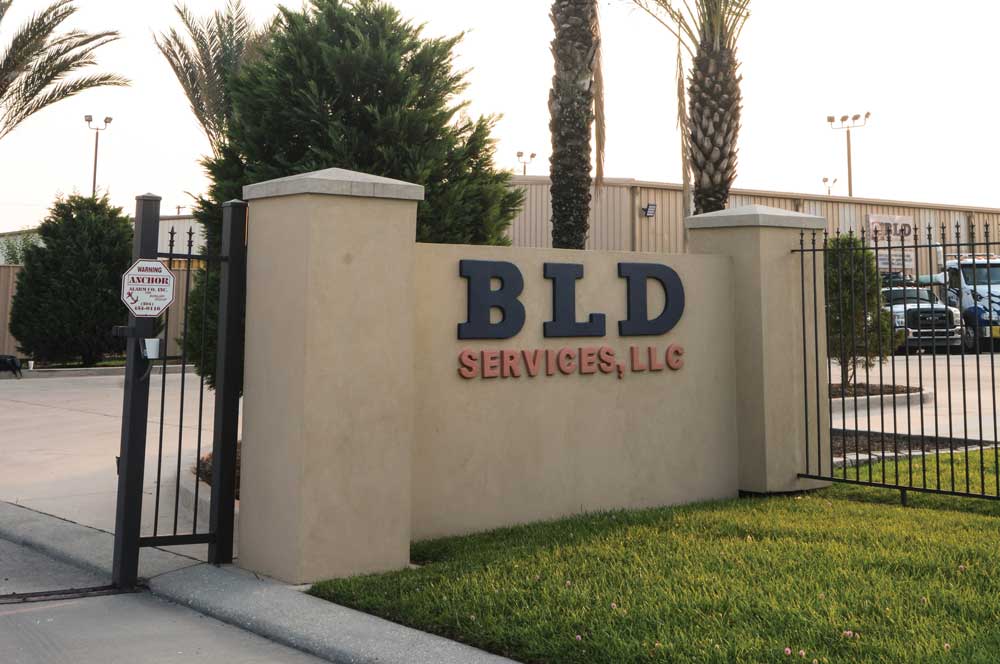 BLD has helped clients all over the eastern seaboard address their I/I issues, from Maine to Florida in the east, and from Minnesota to Texas farther west. One particular success story has been Jefferson County, Alabama.

“Jefferson County went about its rehab program the right way from the start by taking the time upfront to find the problems and then developing a good plan,” Trapani said. “In the end, they were able to achieve not only a reduction in I/I, but they were finding additional benefits, like reduced run times on their pump stations, which led to reduced maintenance costs and lower electricity bills. At the beginning, they would have been happy by just eliminating the major problems, but they are seeing greater efficiency throughout the entire system.” The need for an experienced contractor is a key factor in the success of a rehab project. “Having qualified contractors is very important, but it is sometimes overlooked,” Trapani said. “There are times when an owner is just looking at getting the lowest price, but oftentimes that results in a failed job that is not only a waste of time and money for the owner, but also reflects poorly on the entire industry. There are many qualified contractors in the market, and you need to make sure that you are considering experience in the bidding process.” Trapani sees most contract proposals including some criteria for experienced contractors and/or approved methods and products these days – a step in the right direction.

Participating in industry associations is also near and dear to the BLD management. In fact, Trapani serves as the current president of NASSCO through next spring. “Being involved in industry associations has been a great experience. Not only are you able to network with peers and suppliers, but as a group you are able to work together to advance the industry. We realize that we’re all in this together, and that if we grow the industry, we will all benefit.”

In the end, Trapani says, success breeds success. That process begins with evaluation and planning, and continues through bidding and construction. “It’s all about good contracting, having the right tools and equipment, and doing the right thing for your client. As long as we are able to do that, this market will continue to grow and prosper.”