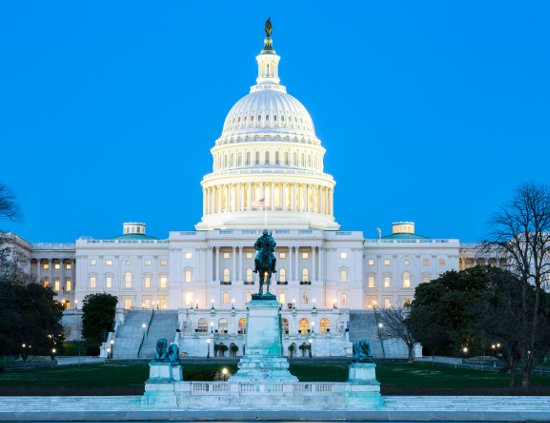 In December, President Barack Obama signed the Water Infrastructure Improvements for the Nation (WIIN) Act into law. The bill authorizes $170 million for communities facing drinking water emergencies, including funding for Flint, Mich., to recover from the lead contamination in its drinking water system.
The legislation also authorizes other vital water projects across the country to restore watersheds, improve waterways and flood control, and improve drinking water infrastructure.

The WIIN Act is a measure that includes the Water Resources Development Act (WRDA) of 2016, in addition to provisions to improve drinking water infrastructure around the country, address control of coal combustion residuals, improve water storage and delivery to help drought-stricken communities, address federal dam maintenance backlogs, and approve longstanding water settlement agreements for the benefit of taxpayers and Native Americans.

The WIIN legislation also includes both short-term and long-term provisions related to addressing the continuing drought in California. In the long-term, it invests in a number of water projects to promote water storage and supply, flood control, desalination and water recycling. These projects will help assure that California is more resilient in the face of growing water demands and drought-based uncertainty.

The WIIN legislation, S. 612, along with a four-month continuing resolution (CR) to keep the federal government operating through April (which had already been signed by the president earlier in December), will provide $100 million for lead removal projects in Flint through the Drinking Water State Revolving Fund and another $20 million to EPA to begin issuing loans under the Water Infrastructure Finance and Innovation Act (WIFIA).

The money for WIFIA has been available since funding was made available in the original legislation creating the program in 2014. In previous fiscal years, Congress had only appropriated money for the U.S. Environmental Protection Agency (EPA) to set up the program. However, the SRF money and other funds to help with Flint’s lead crisis had to be authorized before they could be released.

Of the $20 million appropriated for WIFIA, $3 million is to be used for administrative purposes, leaving $17 million to seed loans. WIFIA leverages federal dollars so that for every dollar Congress appropriates, $50 to $60 is expected to be loaned out. That means up to $1.02 billion could be available for loans, according to the AWWA, which helped craft the WIFIA program.

“AWWA is thankful to all those members of Congress and water sector partners who championed WIFIA over the past several years,” said Tracy Mehan, AWWA executive director of government affairs. “With more than $2 trillion needed to repair and expand water and wastewater infrastructure in the coming years, water utilities needed a smart new finance tool to help communities pay for large, critical water projects. Funding WIFIA is a tremendous step forward as we confront the nation’s water infrastructure challenge.”

Meanwhile, the CR will also extend most other federal department and agency budgets at their FY2016 levels through April 28, at which time Congress must finalize an FY2017 spending plan for the federal government.

WIFIA is actually authorized to receive $35 million in 2017 under the law creating the program in 2014. But under the WIIN Act, WIFIA will be funded at the $20 million level as part of Congressional negotiations for moving WIIN/WRDA and the CR forward. In all, the legislation provides:


• $100 million for making capitalization grants to Flint under the Drinking Water State Revolving Funds. These funds will address lead or other contaminants in drinking water, including repair and replacement of lead service lines and public water system infrastructure;

• $20 million for Water Infrastructure Finance and Innovation (WIFIA) grants to finance water infrastructure efforts, including those to address lead and other contaminants in drinking water systems;


• $20 million for a Lead Exposure Registry to collect data on lead exposure and an Advisory Committee to review programs, services, and research related to lead poisoning prevention;

“We were hoping WIFIA would receive the fully authorized amount of $35 million,” AWWA CEO David LaFrance said in a press release. “But this is a short-term spending bill, and it is a positive step. Still, there is more work to do, and AWWA will keep working for additional funding to address the country’s water infrastructure needs. Because WIFIA is a loan program, it strikes just the right balance between federal assistance and local responsibility.”