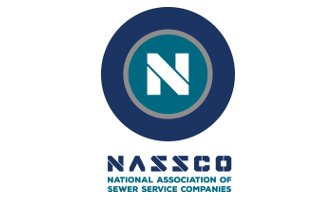 NASSCO announced that it awarded the Trenchless Technology Center (TTC) at Louisiana Tech University a project to measure styrene and other compounds to capture variation in emissions during pipe rehabilitation using the cured‐in‐place pipe (CIPP) method.

NASSCO made the announcement June 18, after a careful and thorough review of multiple responses to a request for proposals to provide a comprehensive evaluation of air emissions from steam-cured CIPP installations and potential impacts on workers and surrounding communities. The TTC will partner with the U.S. Army Corps of Engineers’ Engineer Research Development Center (ERDC) on this important study.

The project is Phase 2 of a larger study and calls for measurement of styrene and other organic compounds at six CIPP installation sites, representing different pipe diameters (8-in, 12-in., and larger), and lengths, in order to capture variation in emissions. Measurements will be conducted before, during, and after curing at the termination manhole, as well as various locations in the surrounding outside area and inside nearby buildings. Worker exposure will also be measured via personal exposure monitors.

Finally, dispersion modeling will be conducted to estimate compound concentrations at a large number of locations for a wide variety of meteorological conditions. Measured and modeled concentrations will be compared to appropriate health-based action levels to determine if any potential health risks exist for workers or citizens in the surrounding communities.

Phase 1 was a four-month study which focused on the review of published literature pertaining to chemical emissions during CIPP installations using styrene-based resins. The study, completed on April 6, 2018 by researchers at the University of Texas at Arlington (UTA)’s Center for Underground Infrastructure Research and Education (CUIRE), and the Institute for Underground Infrastructure (IKT) in Germany, found that existing studies do not adequately capture worker exposures or levels in the surrounding areas to which workers or citizens may be exposed.  The team further determined that spatial variation of concentrations, and variations in concentrations with different meteorological conditions, are not well determined.

Late last year NASSCO formed a workgroup consisting of industry leaders to develop the requests for proposals for both Phase 1 and 2, and to select from the multiple responses to ensure the highest levels of integrity in the final selections.

“As the NASTT representative on the workgroup for the CIPP Emission Testing project, I am delighted with the selection of TTC as the most meritorious candidate for this important research,” said Mike Willmets, NASTT executive director. “For nearly 30 years, TTC has contributed novel and significant work to further the advancement of the trenchless industry. This will be an exciting assignment with definitive results and will undoubtedly have a far-reaching impact on worksite safety.”

As NASSCO’s new executive director, Sheila Joy shares the critical need to partner with other industry organizations for important initiatives such as this.

“One of my top priorities is to join forces with associations and organizations such as NASTT, WRc, WEF, NUCA and others so that we may have a unified voice and serve our industry to the best of our ability. TTC’s proposal to partner with the U.S. Army Corps of Engineers demonstrates their understanding of this concept,” Joy said. “We all share the same goal when it comes to the safety of our workers and communities, and this study is a perfect example of how unification will reveal the information we need to make smarter decisions for our industry as a whole.”

For questions or additional information, contact NASSCO at 410-442-7473 or visit nassco.org.