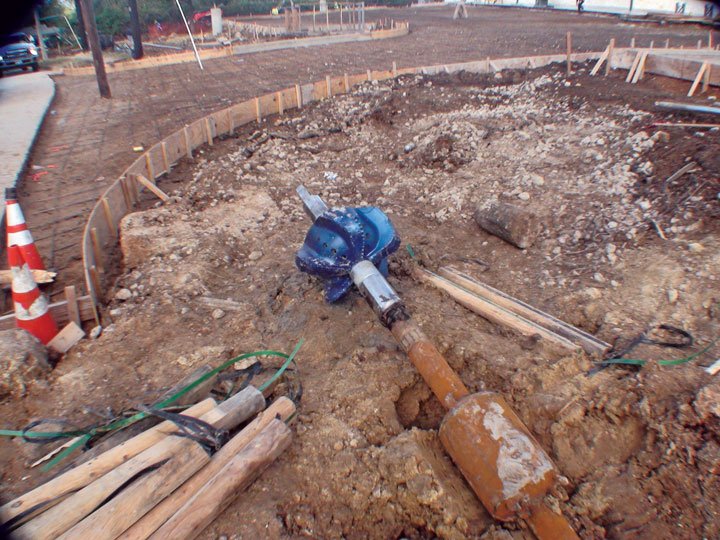 Published by Sharon Bueno November 23, 2015 View Profile
When you are told something is “solid as a rock,” that’s usually a good thing, understanding that you will know whatever that something is, that it will last. For a horizontal directional driller, that phrase takes on a whole other meaning, usually leading to a lot of questions.

What kind of rock is it? What’s its psi? Is it layered with multiple rock formations? 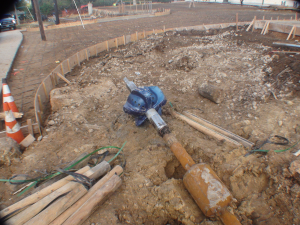 Tools for rock drilling have advanced over the years, such as DDI’s Volcano PDC Hole Opener, aids contractors drilling through all psi levels of rock, including the most abrasive and hardest.

Whether it’s sandstone, cobble, gneiss, limestone or boulders, all these questions (and many more) are critical to the contractor successfully completing a bore on time and on budget, as well as knowing what to do with any given rock formation that the drill bit will come in contact with. The difficulty for the contractor drilling the pilot hole in rock formations lies with being able to hold the intended path of the bore because that formation will want to push them around.

“Actually, the drilling does not pose any problem to the contractors. It’s all about the tools they use to do the drilling,” says Diamond Drilling Industries (DDI) owner and president Sonny Beauchamp. “You have to use the right tool for the right job. If you are trying to use a dirt bit to drill in rock, it’s not going to work. If you are using a PDC, an air hammer or tri-cone bit, it’s going to work.”

Sounds simple enough but a lot of preparation is required of contractors before that bit touches any part of the ground. Time is money for everyone involved in a construction project — from the owner who writes the check to the contractor who receives it. To avoid cost overruns and time-gutting delays, it’s critical for contractors to know and understand what ground conditions they are dealing with — before turning in a bid for a project.

“The biggest challenge that these guys are facing [meaning all HDD contractors] is that the cost per foot they can get from the top line companies has come down quite a bit in the last few years,” says INROCK sales manager Chad Agnew. “That makes their job a little more difficult. The tooling they choose and timeframes that they are under are a challenge to get these jobs done on time and on budget.”

Especially for projects dealing with rock formations — guessing what’s underground is not a smart business move and can end up chipping away at your profits. Contractors turn to companies such as INROCK and DDI for assistance in preparing their bids, which includes tooling costs and estimated rate of penetration and time to complete the bores — all based on what is known to be under foot.
“They need to know what the ground formations are,” Beauchamp simply says. “They need a report of what’s in the ground and it needs to be something current and something from that location, not 100 miles away or done in the 1950s.”

That geotechnical report gives Agnew and Beauchamp and others like them, the intel they need to advise customers on what tools will work the best for that job, as well as direction on how to bid it for cost. “Most of the drillers out there are not qualified to make those decisions,” Beauchamp says. “There are different tools for different formations. Knowing your tools and the ground conditions are what’s going to give you the best performance. If they call us, they can find out what they can actually use in that ground formation and we can give them the best recommendation as per the rock and the formation.”

“It’s the biggest mistake they make (not calling for advice,)” Beauchamp adds. 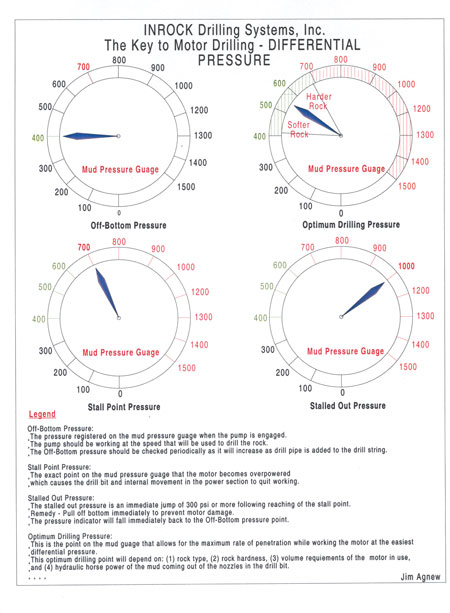 When HDD was in its early years, the technology used by contractors was that used by those contractors in the oil fields, right down to the tooling for drilling in rock — mud motors, hole openers, drill bits. Technology and the HDD industry have come a long way since those days. Even though some of the rock drilling technology remains mostly unchanged, how it is used and the way contractors drill today has.

“We used oilfield technology and the contractors would take smaller, multiple (reaming) passes and use cones that smaller diameters and bearings because that was all that was available at the time. The tools didn’t last very long,” Agnew says. “With the technology that has come out in the last 10 years or so, we are seeing a lot of contractors skipping multiple reaming passes and just using one. We’ve now gone to larger cones, larger bearings that can handle more weight and be pulled harder to fracture the rock. They use larger mud pumps and cleaning systems to do this, so they can pump the cuttings out of the hole. By skipping the reaming passes, it allows the contractor to get the bore completed faster.”

Beauchamp notes the changes in technology but also how much more information tooling companies can offer their customers to make the proper decisions in bidding rock jobs than in the past. “We are giving the customers more information, better tooling and helping them make the right decisions to drill that rock faster, more efficiently, which creates more productivity and more profits.”

Both INROCK and DDI have introduced new rock tooling into the industry, allowing contractors to do their jobs more cost-effectively. DDI invented and patented a PDC hole opener that was developed specifically for the HDD industry, allowing contractors to significantly reduce their drill times on rock bores. The tools are the Volcano PDC Hole Opener and Volcano PDC Reamer. These tools allow the contractor drill through all psi levels of rock, including the most abrasive and hardest. The technology was patented in 2012.

Earlier this year, INROCK unveiled the At Bit Inclination Assembly (ABIA), which allows the contractor to know if and when the drill bit is going off line sooner rather than later. Agnew explains that with the ABIA, a sensor in on the mud motor in the bit box that sends a signal back to the steering tool so that the contractor can see where they are drilling in real time, taking the guessing out of it. “This technology allows you to see the inclination of the bit as they are drilling that joint of pipe vs. seeing it 30 or 60 ft later after it’s already been drilled,” Agnew says, noting that this technology is well suited for use in hard rock formations and benefiting the contractor to complete a difficult rock bore in a more realistic timeframe.

Beyond the technology, it’s the HDD contractor who has evolved and matured. “They’ve definitely gotten smarter about tooling selection and about the different vendors that offer different things,” Agnew says. “However, there are still a lot of contractors who are not as educated as others. When we break a project down for them for the first time, it really opens their eyes on the level service that is provided.”

While having the proper tooling is essential in a rock bore, there are other things the contractor needs to keep in mind, whether it’s getting the longest life out of your tools or making sure the bore will be successful.

Agnew points to one that he deems incredibly important: slowing down your rotation during pilot hole drilling. “Our general rule of thumb is the harder the rock, the harder you pull and the slower you rotate,” he says. “Sometimes these guys are spinning 30, 40 and 50 drill pipe rpms and they think they are going to drill faster by turning the mud motor faster. We want them to turn the mud motor about 10 to 15 rpms because going ‘faster,’ all you are doing is tearing up the motor and not drilling any faster. The bit is doing all the work.”

With the advances in tooling technology, as well as rig technology, the lifespan of rock tools has grown. Proper maintenance is also a must to keep those tools running. Tooling that once only lasted 40 to 50 hours is now still being used up to 200 hours.

“Sand content of the mud can tear up the tooling, as well their mud pumps,” Agnew says. “It’s important to keep your mud clean to help increase the tooling life and mud pump life to where they won’t have as much down time.”

Beauchamp reemphasizes knowing what soils you are drilling in. “Knowing the ground conditions is everything,” he says. “You can be the smartest driller in the world but if you don’t know what’s in there, how do you expect to be successful?”

He also suggests that drillers need to be more open to the newer technologies. “I think if people just try to learn to use newer and more modern technology, the whole industry will change the people will be doing jobs faster and more efficiently. People seem to struggle with change.”