What’s Next for Lead? 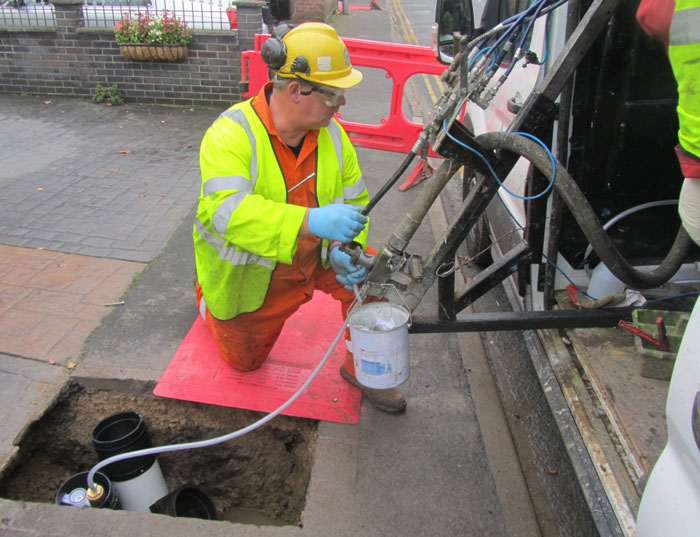 If one word encapsulates the biggest story of the year when it comes to anything related to water or pipelines, it very well could be “Flint.”

The very mention of the Michigan city evokes thoughts beyond a low-income, poverty-stricken community and reminds us of the city’s water crisis that originated in 2014 and received national news coverage by early 2016. The aftermath of the entire catastrophe has called into question the credibility and accountability of public utility systems and has given the public doubt about the ability of local and state governments to deliver safe drinking water to the taps of ratepayers.

Perhaps most obvious, the water crisis in Flint has pushed the discussion around aging infrastructure into the national spotlight and has raised questions about the risks of lead service lines that delivery potable water to homes.

“Communities have taken positive steps for more than two decades to reduce lead exposure from water and other sources,” said AWWA CEO David LaFrance upon release of the AWWA analysis. “But there is clearly much more to be done. The Flint crisis lays bare a simple fact – as long as there are lead pipes in the ground or lead plumbing in homes, some risk remains. As a society, we should seize this moment of increased awareness about lead risks to develop solutions for getting the lead out.”

The campaigns of presidential nominees Hillary Clinton and Donald Trump have also addressed the need for water infrastructure improvements. However, the two parties have taken different approaches, with Republicans criticizing EPA in its Party Platform over excessive regulations, while Democrats have addressed Flint more directly with many calling for the resignation of Michigan Gov. Rick Snyder, a Republican, over the crisis.

We now know Flint’s water crisis stems from the city’s decision in 2014 to switch from Lake Huron water, supplied by the City of Detroit, to water from the Flint River treated at Flint’s city treatment plant. The decision was made in an effort to save the city $5 million over the course of about two years. Officials from Michigan’s Department of Environmental Quality (DEQ) have since acknowledged they made a mistake when they failed to require the needed corrosion control chemicals to be added to the water. As a result, lead leached from pipes and fixtures into the drinking water. To date, three DEQ employees and three state health department employees in Michigan have been charged with felonies in connection with the water crisis.

“The experience of Flint underscores the importance of public communications about lead risks,” added LaFrance. “Water utility customers should know how to determine if they have lead service lines, the benefits of removing lead service lines, and the steps to protect themselves and their families from lead exposure.” 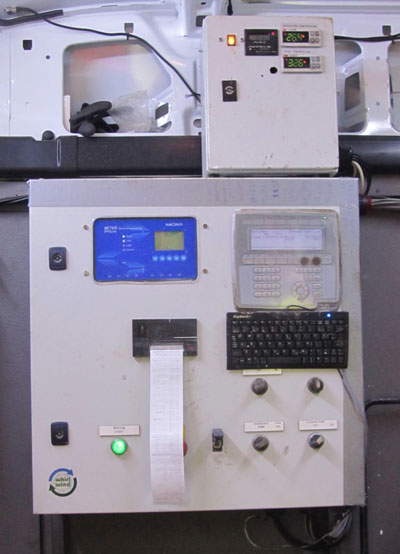 The Serline system is controlled by computer and sensors throughout the system relay temperature, air flow and other information to field crews to give real time data reporting.

In December 2015, the National Drinking Water Advisory Council, which advises EPA on matters related to drinking water, made the following key recommendations for water utilities:


But even for large utilities, complete removal of service lines is a challenge, and for some, perhaps an unrealistic goal at least in the short term. DC Water had challenges with lead in its drinking water system in the early 2000s. The Lead and Copper Rule required DC Water to replace 7 percent of its lead service lines. George Hawkins, DC Water CEO and general manager, says, at the time, the utility was replacing about 10 percent with the goal of replacing all, but ran into legal challenges that prohibited the utility to use public funds to replace service lines on private property or mandate it.

Since then, the DC Water has been proactive about continuing to address the issue, particularly from a public awareness standpoint. Earlier this year, the utility launched an interactive “lead map” that provides customers in its service area the ability to access information about lead pipe materials in the ground in their communities.

“My premise on almost any issue is that visibility, transparency and information is the first step towards making good decisions,” says Hawkins.

The lead map is collaboration between DC Water and ESRI that displays collected pipe material data for service lines based on permit records, water main tap records, meter records and maintenance, repair and replacement work. If available, DC Water has recorded the type of pipe material by the sections of the service line in public space and the portion from the property line to the building.

DC Water does not currently have a partial lead service line replacement program. Instead, it uses an on-demand replacement program in which residents can request DC Water to do the project on the public and private side, and the customer is later billed for the private side. The other way the utility is replacing lead service lines is if they need to be replaced during water main replacement projects. In these cases, DC Water will also replace the private side at the owner’s discretion and cost. Hawkins says these programs have expanded due to attention directed from Flint and because of the information available on the lead map.

“All we’re releasing is what we have in our records,” Hawkins says. “What we’ve gotten feedback on in a number of cases already is that our information is not up to date, particularly on the private side. And that’s a good thing. We encourage [the public] to help us [update it]. The only kind of action we think this will trigger is good action.”

Complete replacement of lead service lines is the only way to fully eliminate the threat of lead leaching into a drinking water system. For that reason, many utilities such as the Lansing Board of Water and Light (BWL) in Lansing, Mich., have been actively replacing their lead service lines. In fact, according to BWL’s website, Lansing had less than 650 lead lines remaining in its service area as of January 2016.

But complete replacement may not always be the most cost-effective or efficient solution. While trenchless relining of service lines has become common practice with sewer laterals, potable lines can be more complicated.

The application process involves drying the pipes with heated and filtered air through the use of air hoses which are connected directly to the piping system. The dried pipes are cleaned using a glass-free abrasive that smooths and cleanses the inside surface of the pipes. This process is used in conjunction with the application of the polyurethane coating.

The application of the polyurethane coating is the final stage of the process. The coating provides protection against pipe corrosion and future contamination. Aquam’s Serline system uses 3M’s Scotchkote 166L, a liner specifically designed for an in-situ application to the internal surface of small diameter service pipes for potable water. The Serline system can reline pipes as small as a ½-in. to 1 in. The entire process takes about 45 minutes to one hour to complete and can cost 50 to 70 percent of the cost of dig and replace. Manners says Aquam recently signed a contract with Affinity Water in the U.K. to reline lead service lines for 29,000 homes using 3M’s Scotchkote 166L.

Manners also says another attribute of Serline is that it is essentially an automated system that is also Drinking Water Inspectorate (DWI)-certified in the U.K. for quality assurance of equipment and materials for drinking water.

“With the Serline system, the entire application is totally controlled by computer,” he says. “So basically, actuators and sensors throughout the system are telling us exactly what our temperatures and air flows are and it gives us real-time data reporting. A big part of this is that the data comes with validation.”

Lead service lines have clearly drawn the attention of both the industry and the public, and going forward, it will be interesting to see what kind of expansion takes place in the United States with rehabilitation and/or replacement programs.

“Lead can be eradicated,” says Manners. “I think one of the issues that people are running into is the magnitude of what the problem is. I think that now people need to understand that there is a solution and that it can actually be tackled now in a reasonable amount of time.”

Hawkins agrees and says he suspects there will be more programs to replace or rehabilitate service lines in the near future, but the difficult part will be funding it.

“My suspicion is that there will be more programs about replacement of service lines, but every city is going to face the same issue that we do,” he says. “The challenge of where you find the funds exists, and this is on top of the tremendous existing need for infrastructure improvement throughout the rest of the system. So either it’s going to have to take away from existing funds for other projects or it’s going to need to be new money. Those are tough questions not just for water or lead, but for any issue.

“I think most utilities will want to do it in a systematic fashion and plan it out,” continues Hawkins. “It will take a period of time. These are millions of service lines. But on the other hand, we’ve certainly learned the lesson that leaving it there is just a problem waiting to happen. We take great pride in the quality of what we deliver, but these enormous logistical and financial challenges are not easy to overcome.

“I think you will see more action on it. There’s no good reason to have a Flint situation happen. But given that it did happen, it has definitely elevated the issue on the consciousness of the public and the utilities that serve the public.”

Andrew Farr is an associate editor of the Water Finance & Management journal and Trenchless Technology magazine.